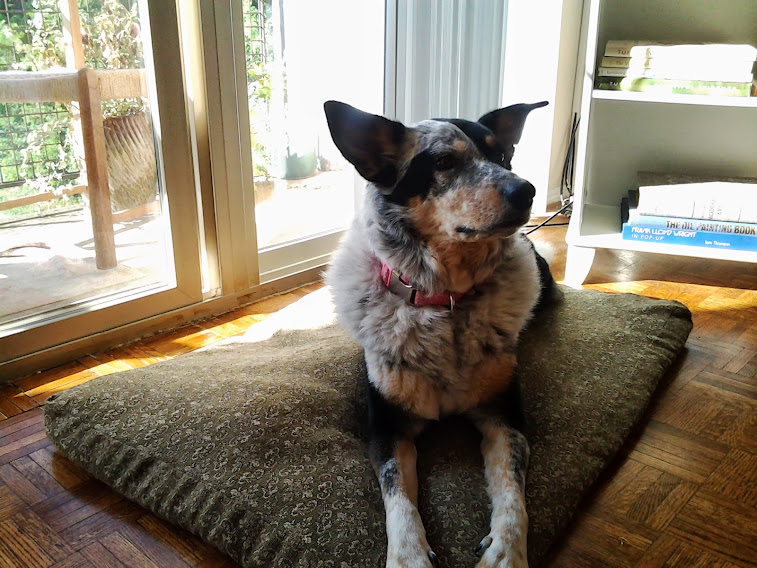 When we left for this run, Zola Budd watched through the patio door as we headed down the driveway without her.  Like on our Linwood run, we started our Mt. Lookout route from home.  We live right on the border of the two neighborhoods, but the Auditor’s website says we live in Mt. Lookout, so that’s what we’re going with.
Like in many of the neighborhoods we’ve run so far, it’s impossible to run in Mt. Lookout and avoid the hills.  We started by turning up Sheffield and then again up Heekin.  And I was dying already.  My lungs were burning.  My legs were burning.  And my face looked--strangely--flat as a pancake: 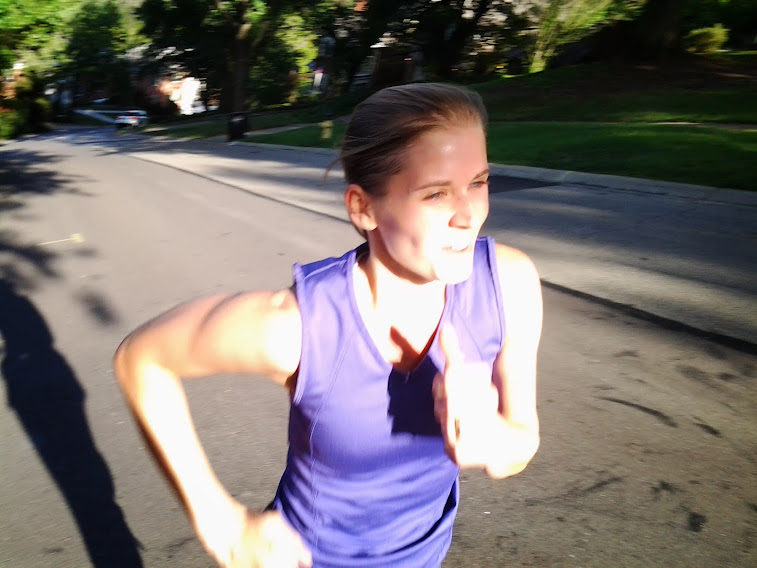 But it was totally worth it because at the top of Heeken is Ault Park, which is one of the loveliest parks in the city.  I’m going to get all Leslie Knope here, but to live in walking distance of a park like this means everything. 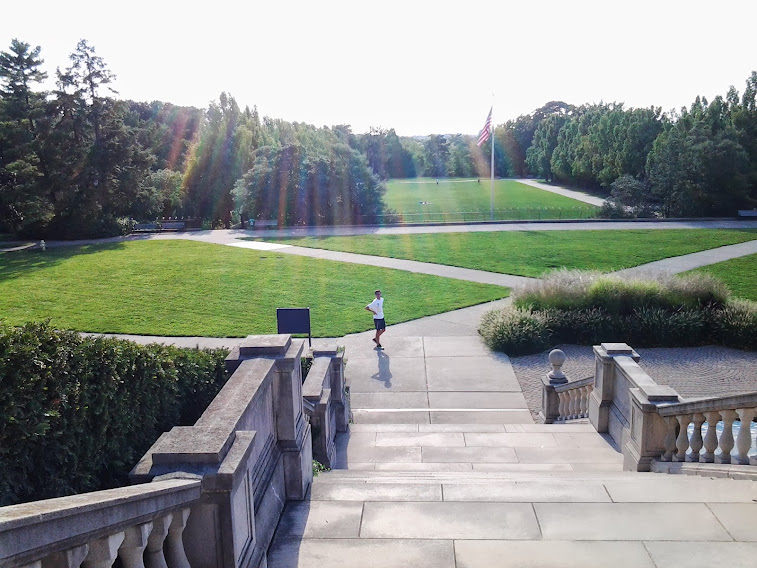 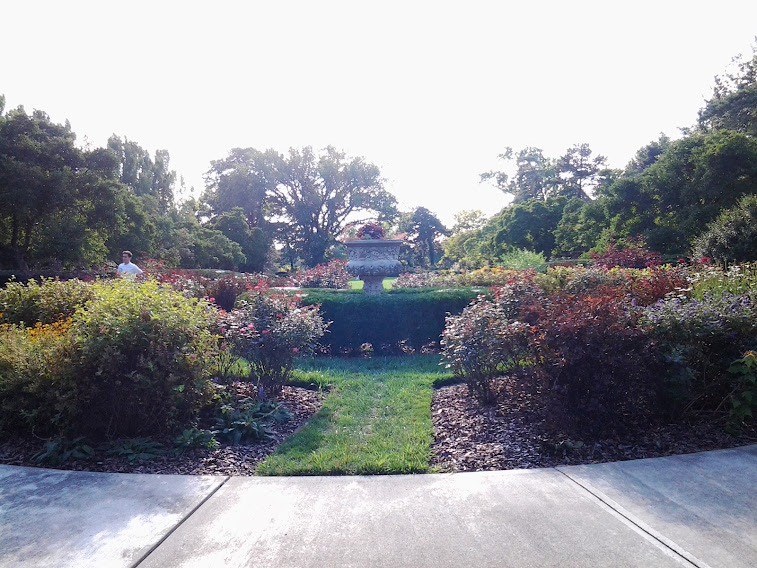 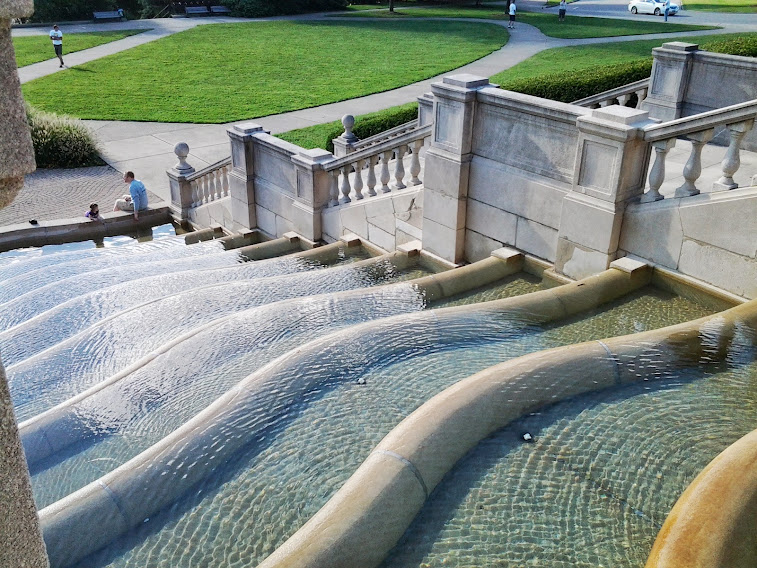 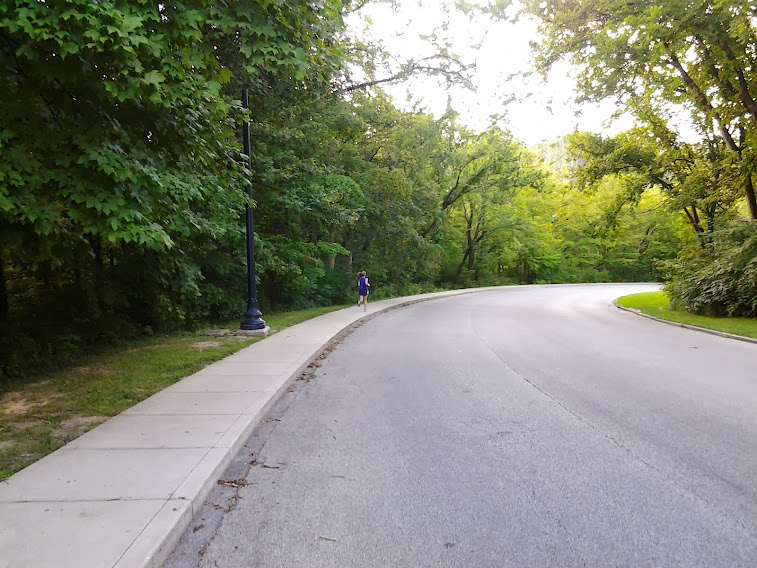 We even ventured onto the trail for a short while. 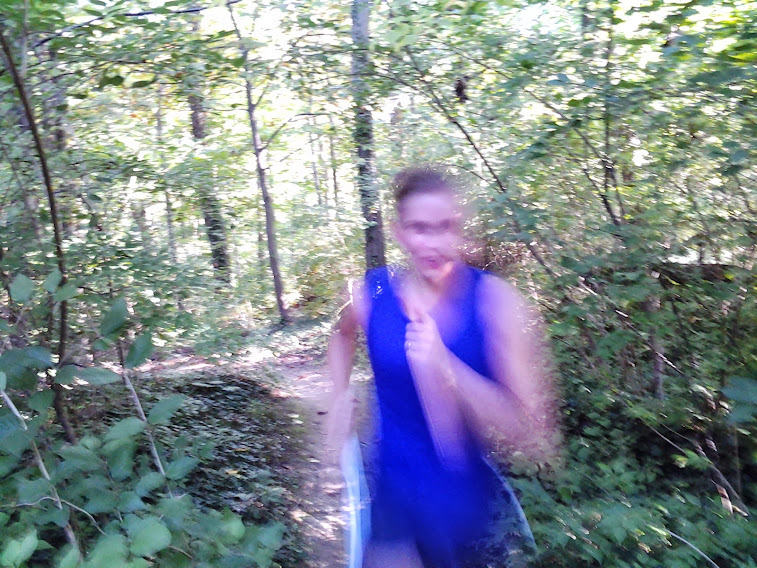 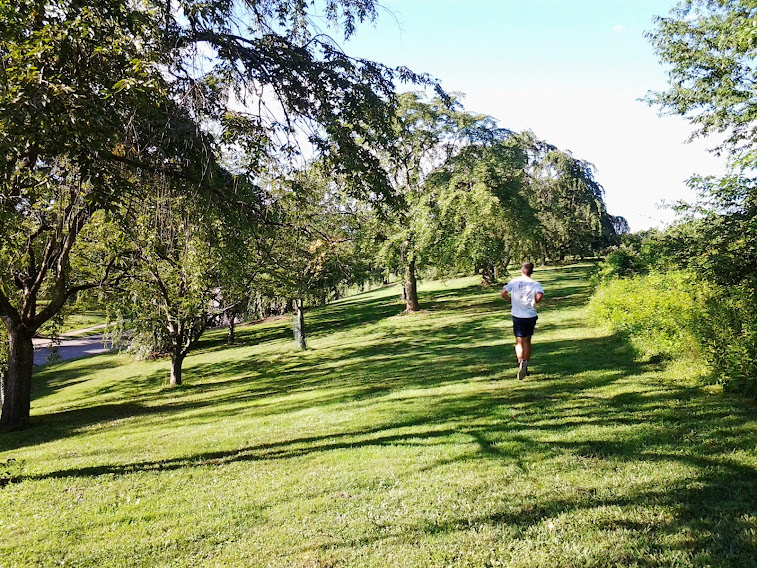 Leaving Ault Park, we ran through the neighborhood, which has quiet streets with lots of tutor and craftsman style homes. 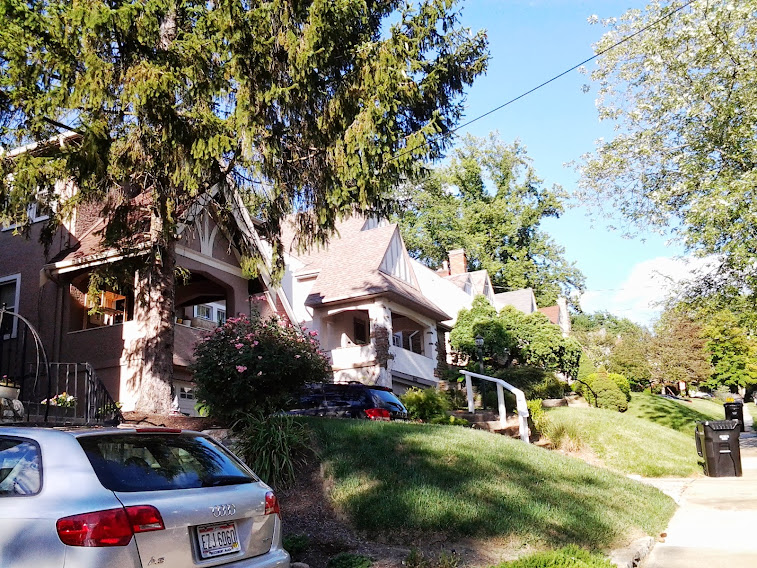 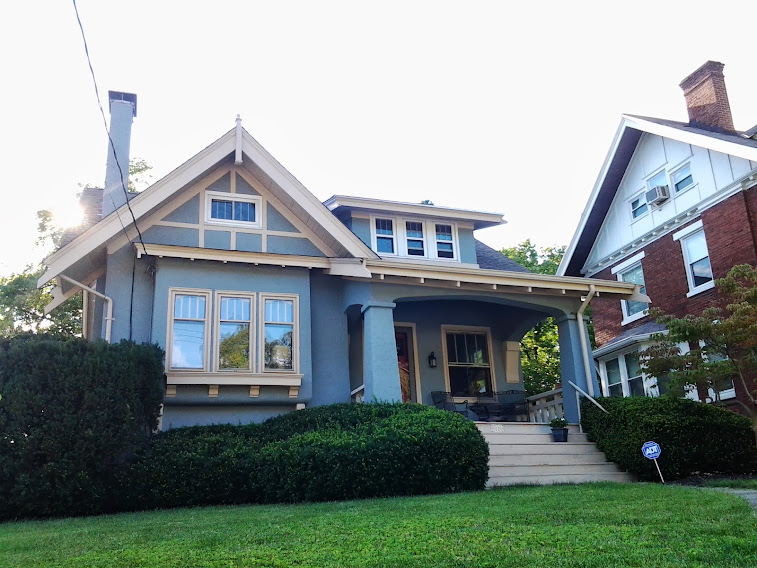 The white house on the left is where we lived when we first got married and moved to Cincinnati.  I’ll always remember rolling up with three bad cats and a U-Haul full of clothes from the Buffalo Exchange.  The neighbors must have been thrilled. 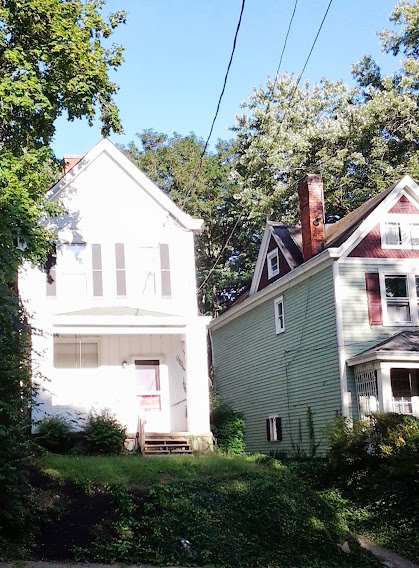 When we lived in this house—which backs up to a wooded ravine—a herd of deer would often hang out in our backyard.  When we run in Mt. Lookout we always see deer, including this one, who was actually feeling pretty nonchalant about snacking on this person’s front yard: 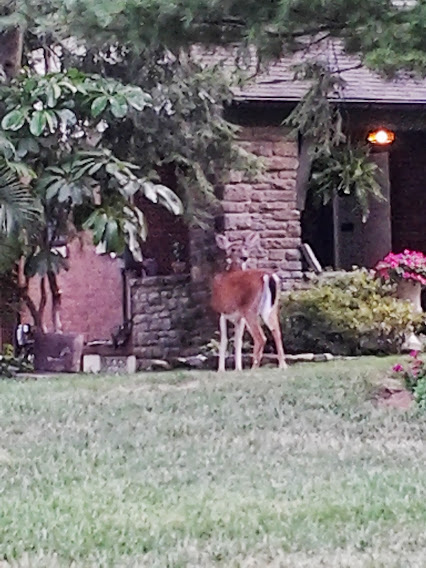 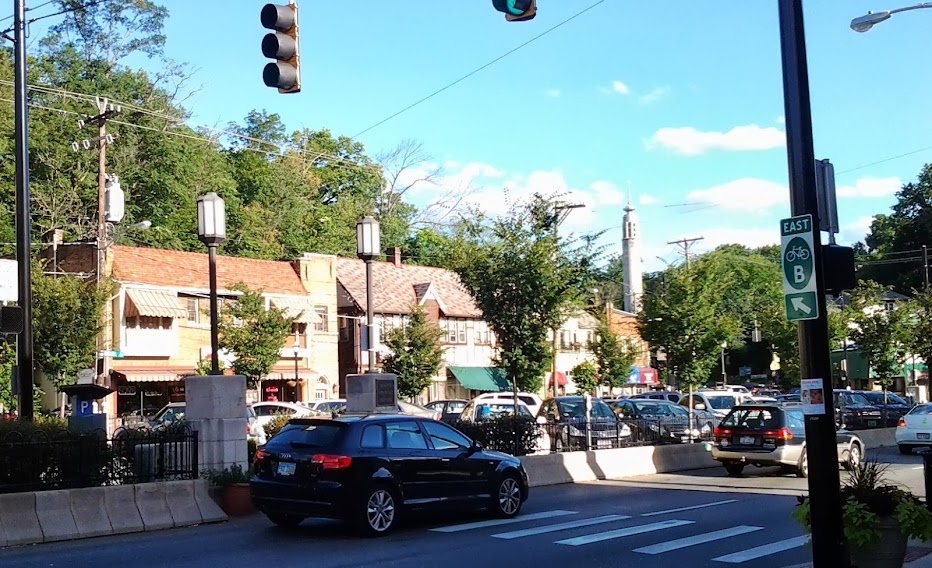 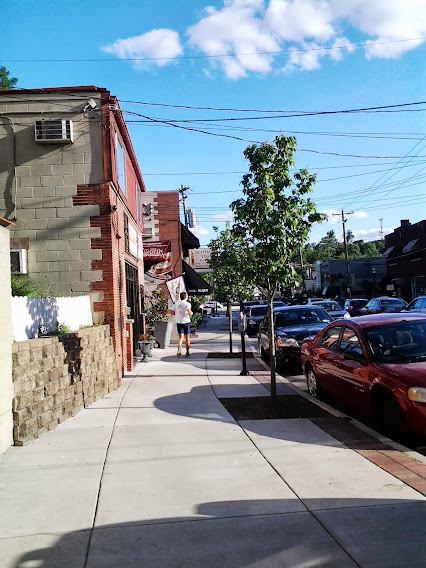 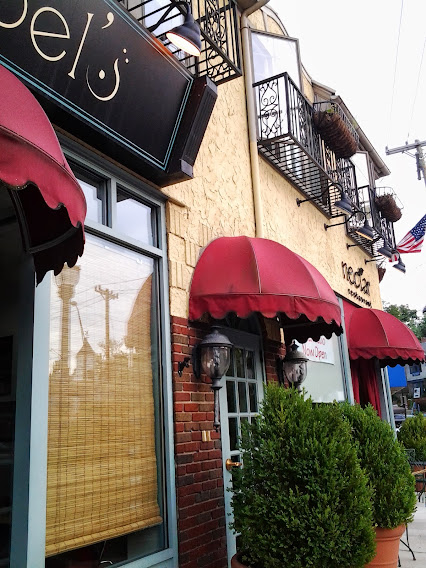 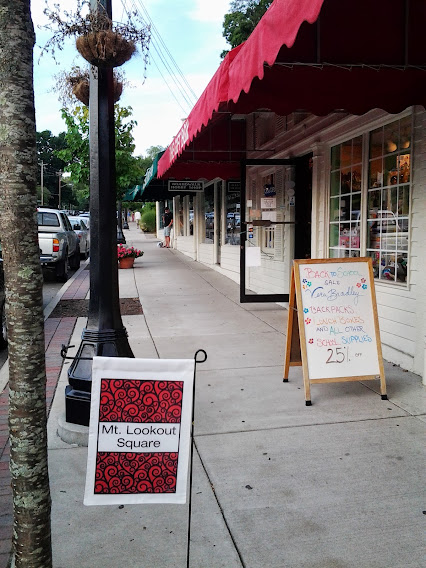 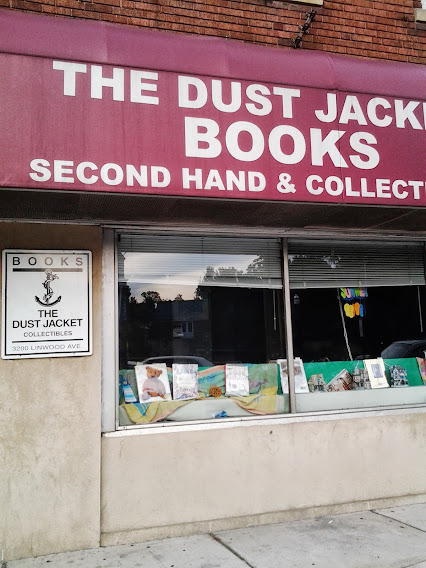 Oh, and a fully-stocked UDF, which tops Donnie’s list of neighborhood must-haves.  When we moved out of Mt. Lookout for a few years, Donnie would often complain that he missed being able to walk down to the UDF to get a post-run Gatorade. 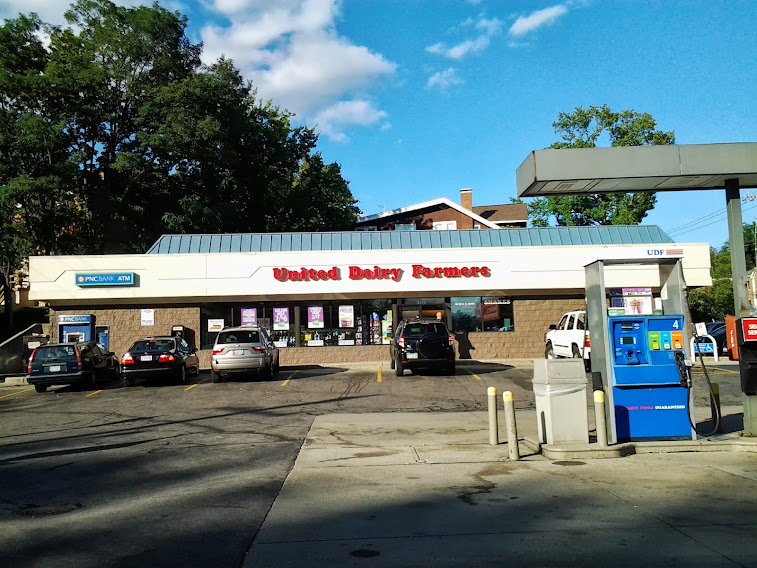 Personally, I don’t think it gets much better than some vegetarian cabbage rolls and happy hour: 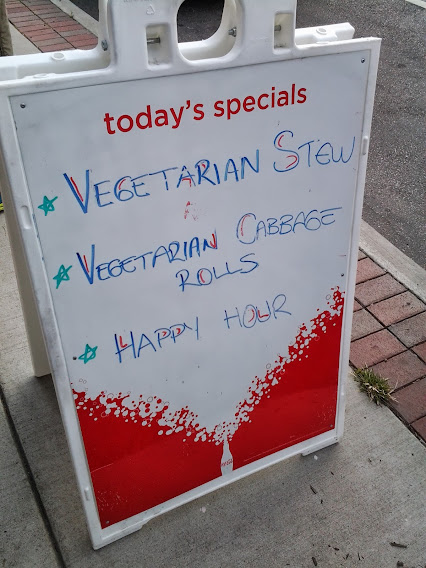 I don’t know if it’s just me, but sometimes I get an Alpine feel from Mt. Lookout Square.  I think the hills and the hustle and bustle call to mind a thriving ski town during peak season. Or maybe the association just comes from Alpine Avenue, which is the steepest hill we’ve climbed on Run 52.  So steep, I’m embarrassed to say, that I walked the last dozen yards: 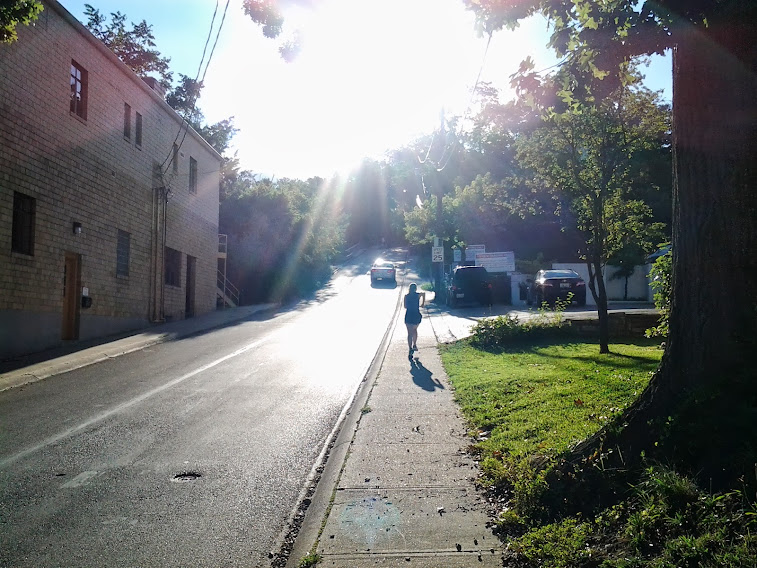 We looped around Alpine, down Paxton, and then back through the Square.  The bouncer at Mount Lookout Tavern was otherwise occupied so stood in for him for a few minutes.  When I saw what he was doing, he snorted a little bit like I had no business acting like I could keep the hooligans out of the bar: 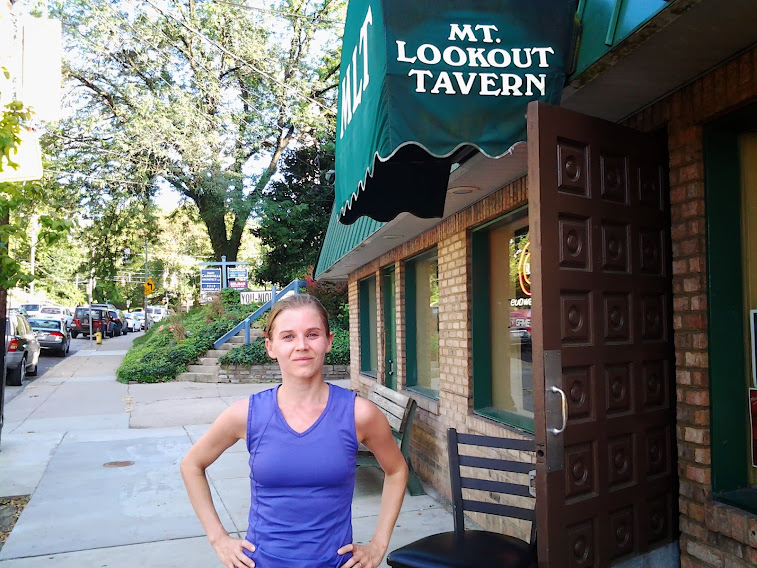 Next, we ran past Our Lord Christ the King Church.  I love that Jesus is giving the peace sign.  This statute also always makes me think of the intro scene of Baz Luhrmann’s, Romeo and Juliet, which I swooned over in the eighth grade: 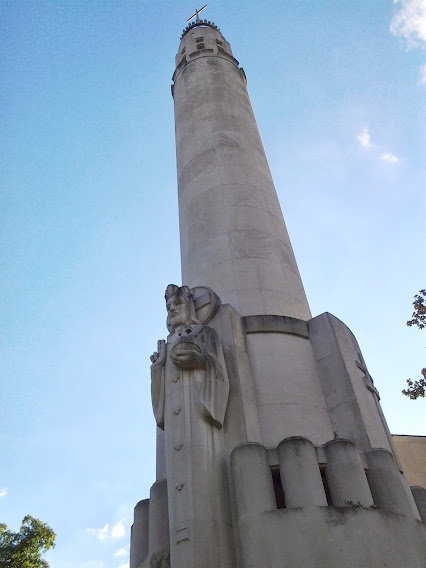 I also saw it fourteen times in the theater, in case you’re wondering how I spent all that money I made scooping ice cream.
So that was the run.  To celebrate the Mt. Lookout leg of Run 52, we returned to the square on Friday night for burgers (cow for Donnie, bean for me!) at Zips, followed by gelato at Buona Terra: 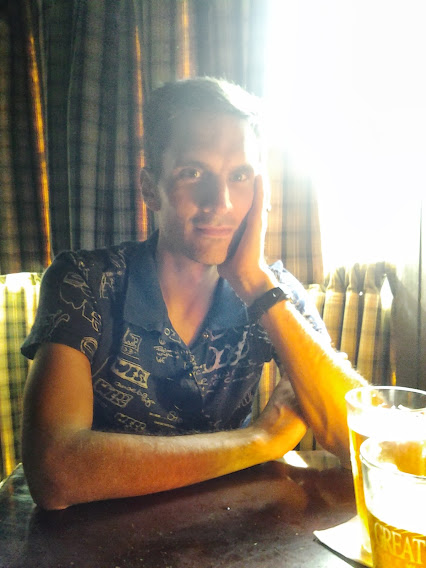 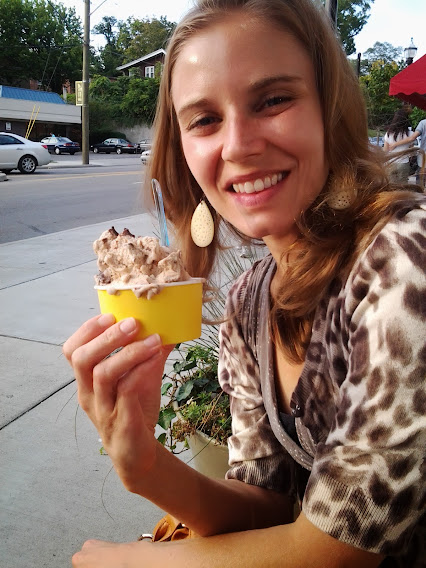 I had the tiramisu flavor and Donnie had cookies and cream, but they also had Earl Gray and a white chocolate lavender flavor for those with more sophisticated palates.  Like with many things, we go by this place every day, but it was the Food Hussy’s review that got us to stop in.
I don’t know how to wrap this up except to say that I love this neighborhood.  I love the park, the hills, the trees, the drive to work along Columbia Parkway.  I love the deer and the gelato.  I love the black bean burger at Zips.  I even love this old cat, who hangs out in the storefront window of the photography studio, and who Zola loves to terrorize: 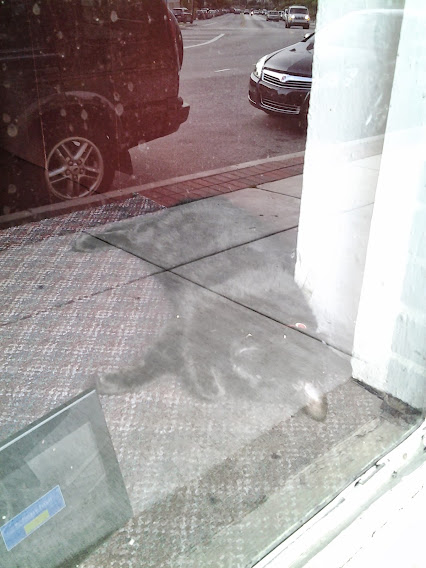 The running is not bad either. 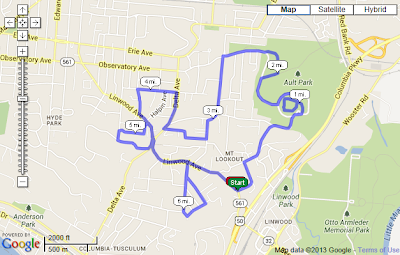