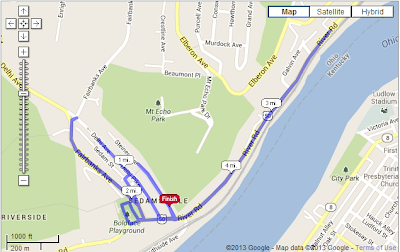 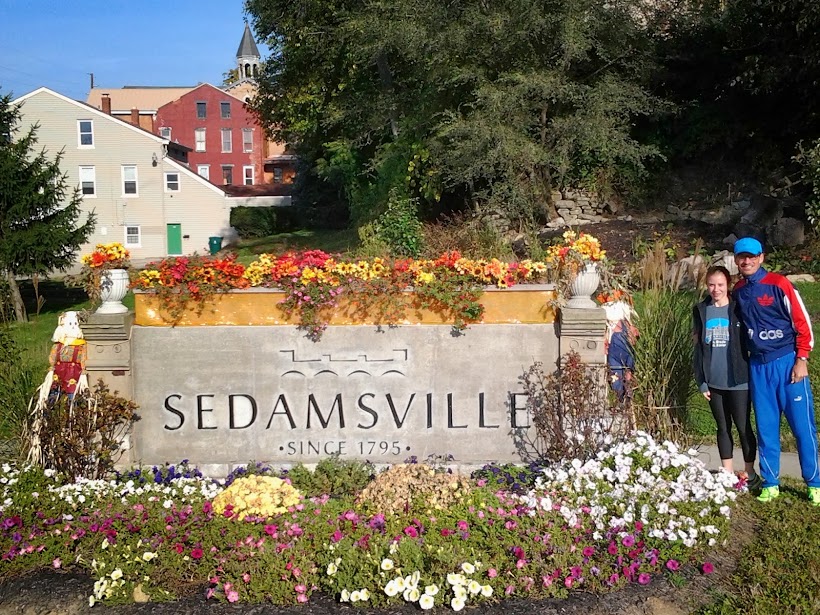 Okay. First, things first, it’s: Sed-ams-ville not Seed-ums-ville. Admittedly, I made this mistake when I first saw this place on the map. Sedamsville is a tiny neighborhood on Cincinnati’s Westside that is famous for its haunted legends. It’s also notable for being the birthplace of one Peter Edward Rose.
Revealing what she’s most interested in Kayla’s route took us by the Haunted Rectory, but we never made it by Pete’s birthplace. She explained that the rectory had been featured on TLC's Ghost Adventures show, which she must have caught in between Octo-Mom, The Elephant Mom, and The Goriest ER Surgeries Ever Recorded. 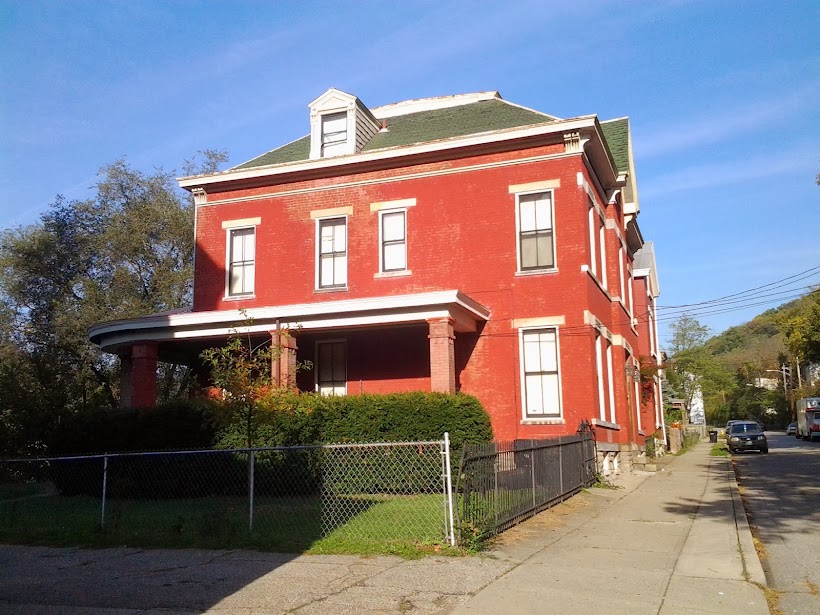 Building upon the haunted theme, our special-guest-runner (3rd time!), Emily Lee suggested that we dress up for our run. Emily showed up with a Hello-Kitty t-shirt, explaining that she was a middle-schooler. 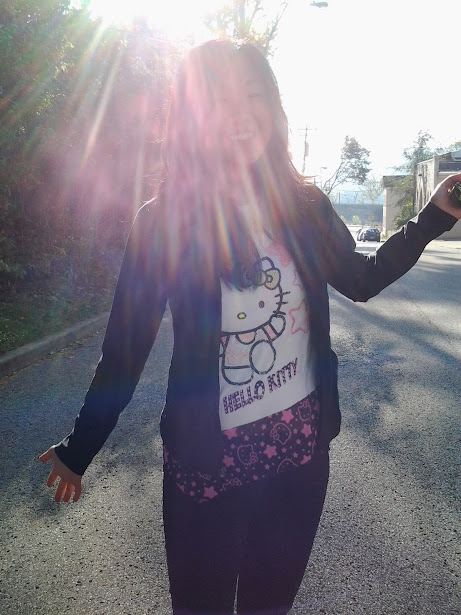 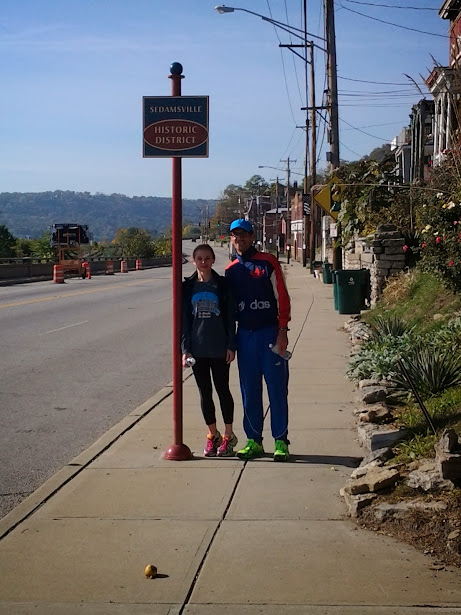 Having just watched Run For Your Life, a documentary about the late New York City Marathon Director, Fred Lebow, I went for his look minus the tiny cap. What can I say? Nailed it. 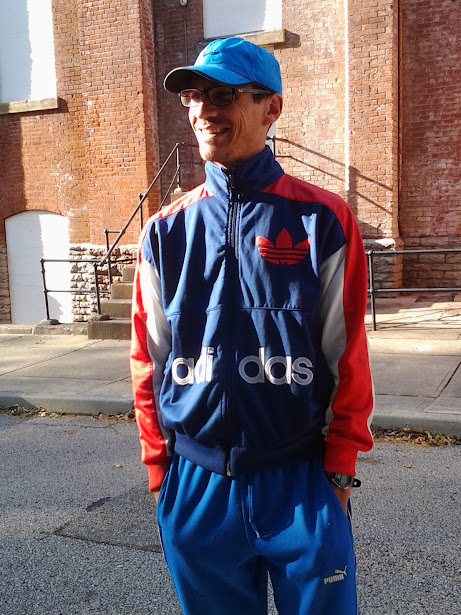 After perusing through some Google Image searches, I decided that Kayla and I could have been Grete Waitz and Fred Lebow.

Once we were done comparing costumes , we started to explore Sedamsville. As we made our way through the neighborhood, Kayla reminded us that she was something of a Sedamsville expert as one of her first duties as a community organizer at her previous job was to canvas the streets of Sedamsville to get resident input on a business that was considering a new location along River Road. 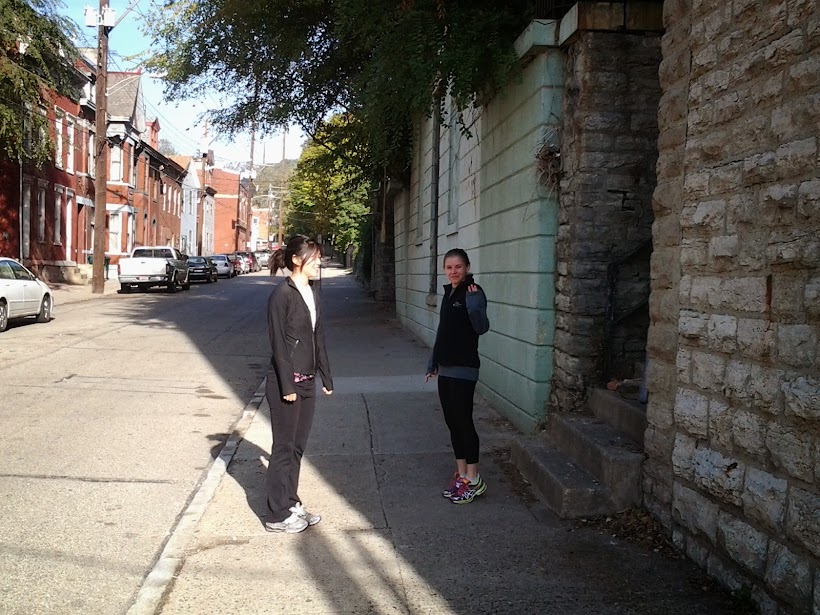 The building stock in Sedamsville is really interesting, as it echoes the Italianate feel of nearby Lower Price Hills while maintaining its individual feeling.  The vista has the feel of a West Virigina mining town: 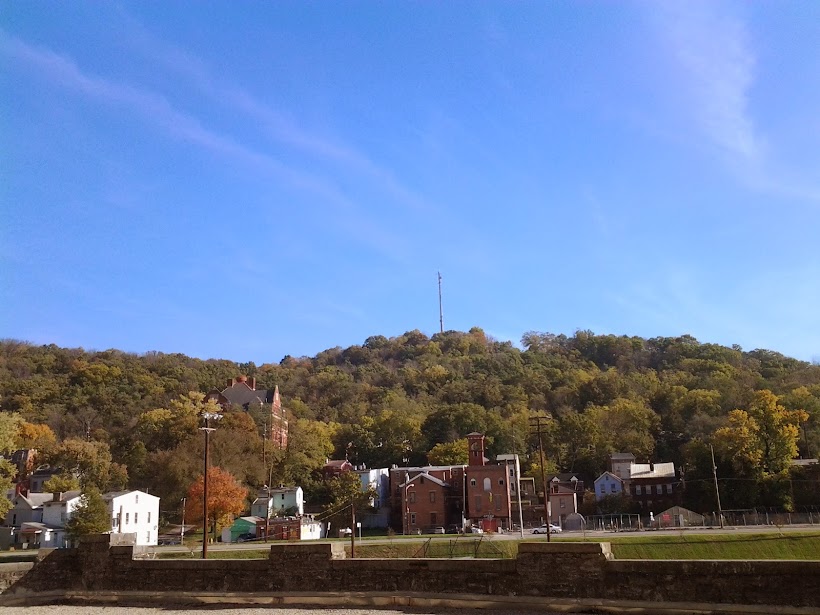 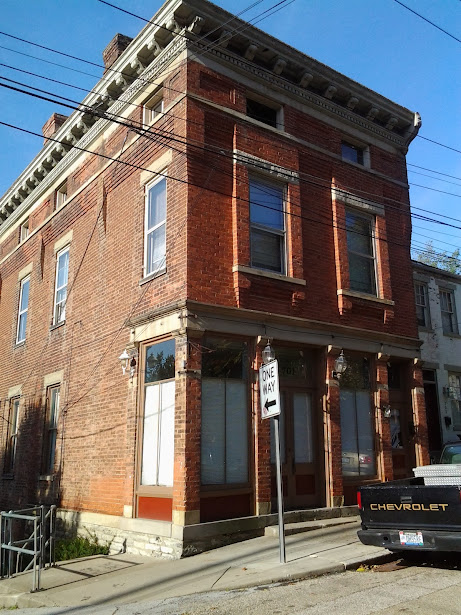 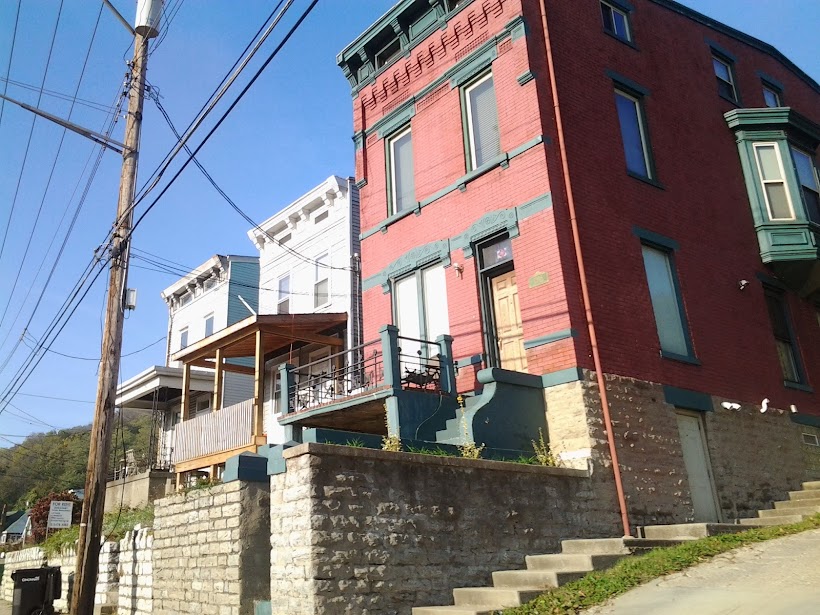 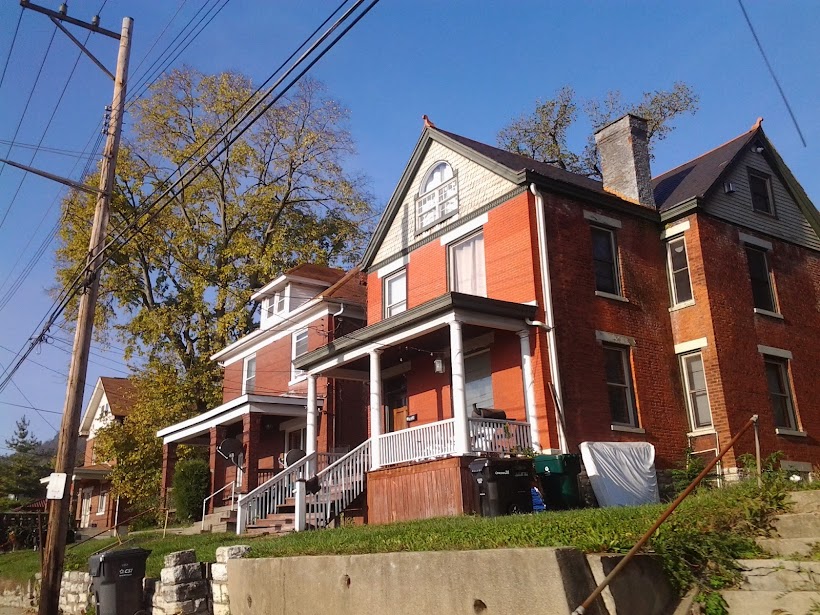 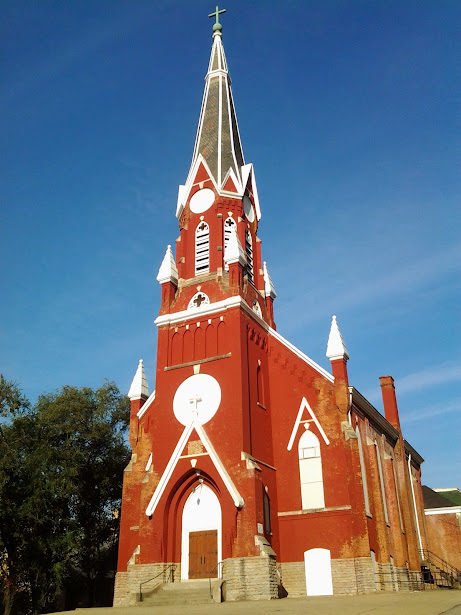 Adding to the small town feel were a few small businesses at the end of the residential blocks. These are the kind of shops that make me want to drive across town to buy a light bulb. 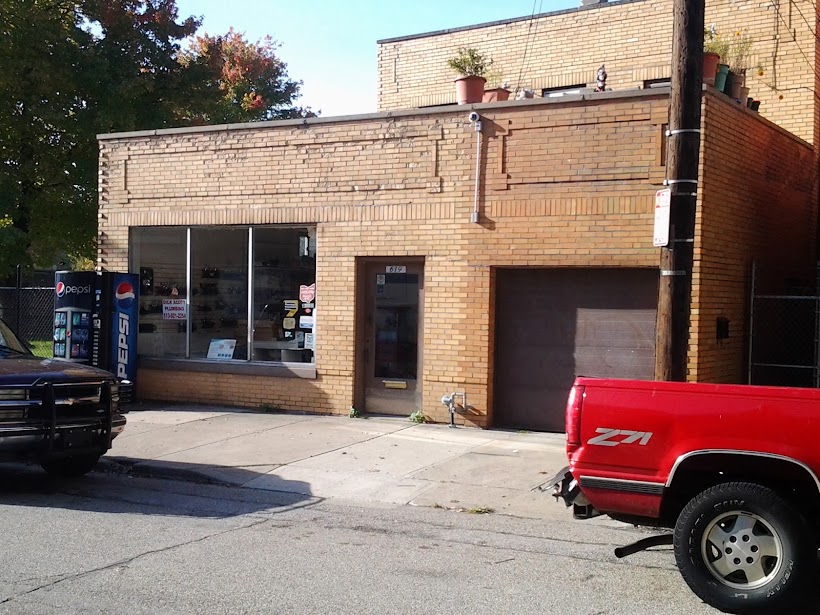 From the  neighborhood we made our way into Boldface Park, which sits on River Road. The first thing we noticed at Boldface was the very well done pavilion that overlooked the park. This ornate structure inspired an extensive photo expose. 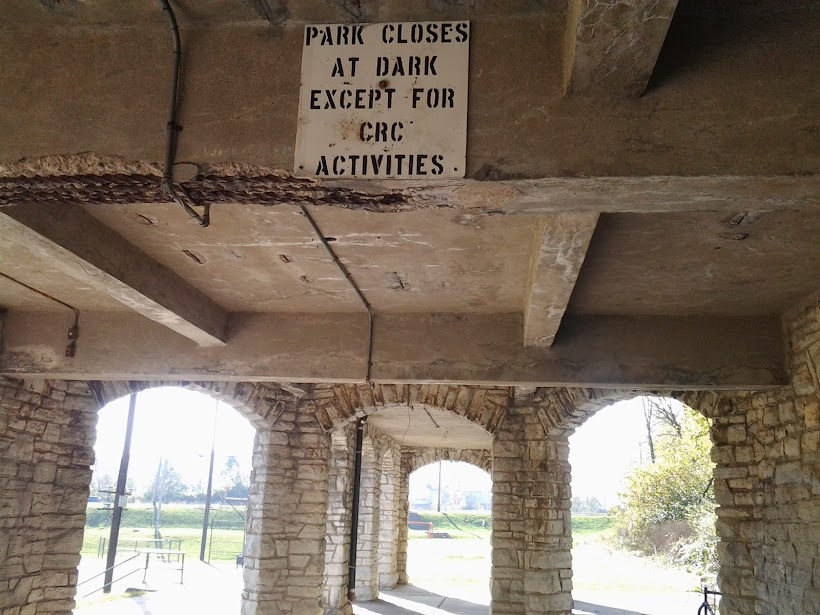 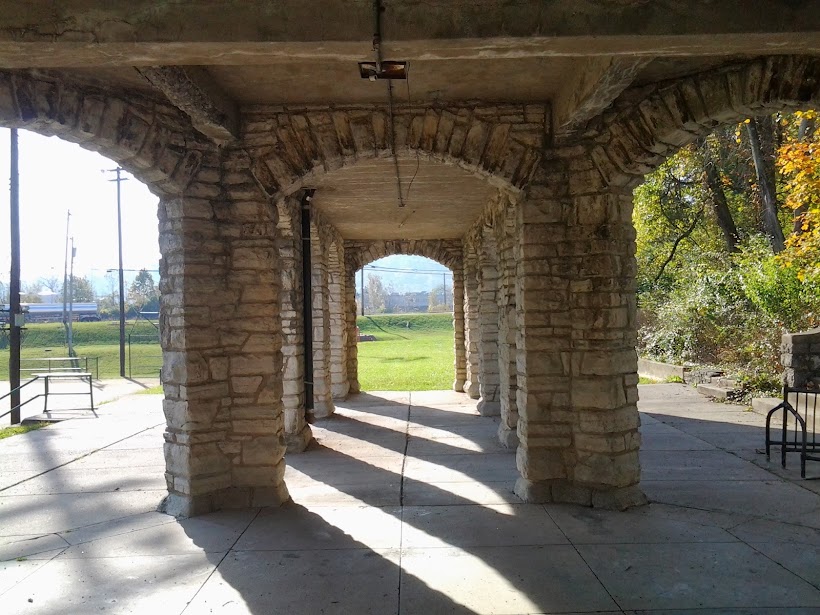 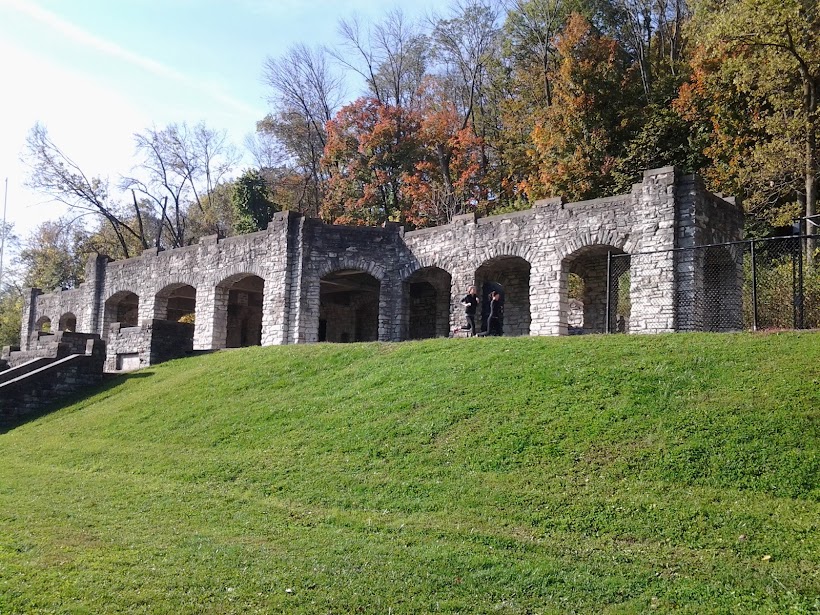 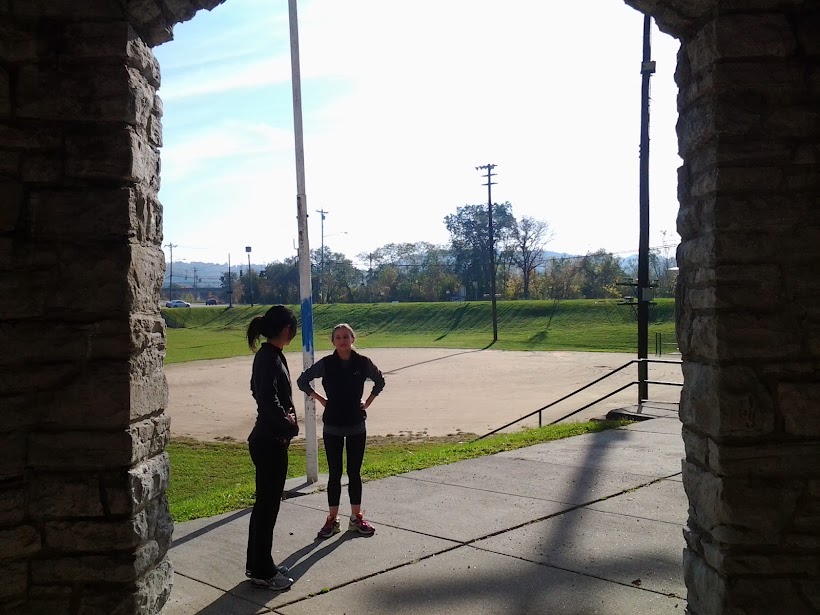 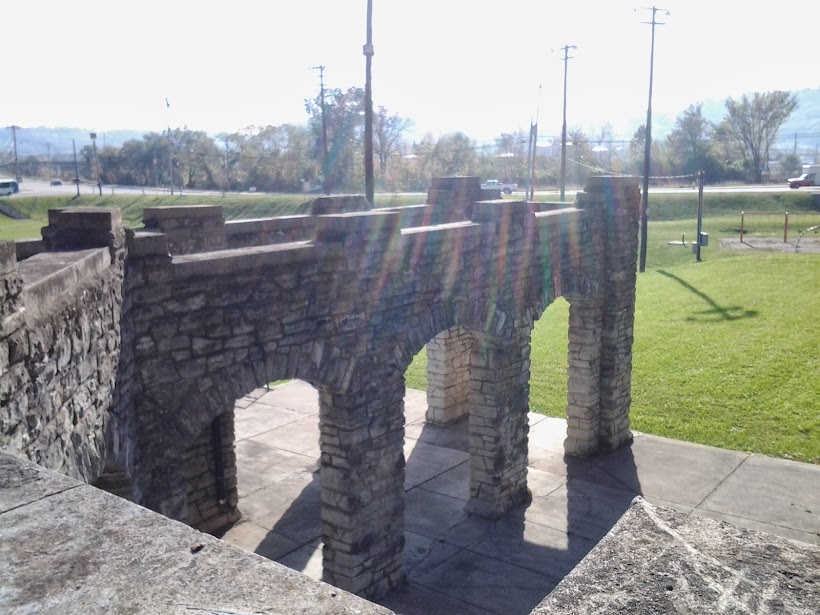 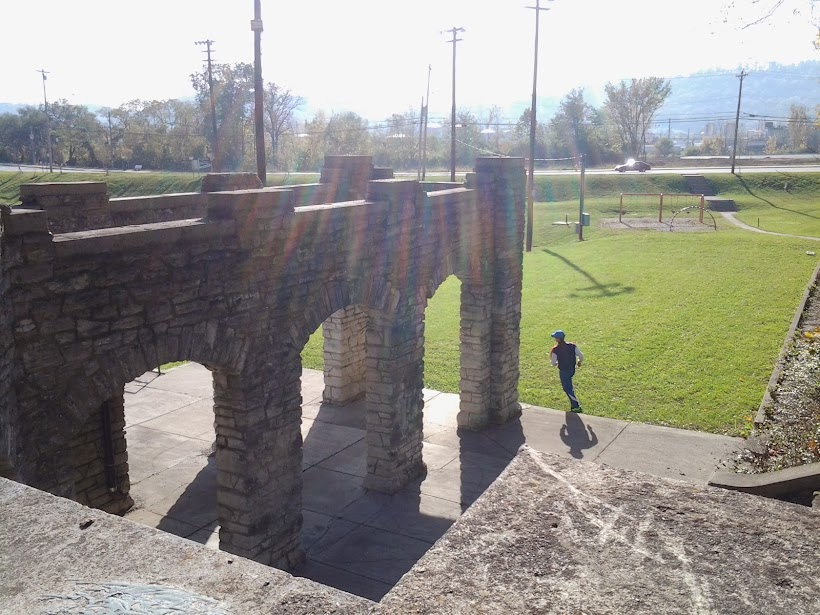 Five hours later, we headed down River Road, which lived up to its name: check out this view! 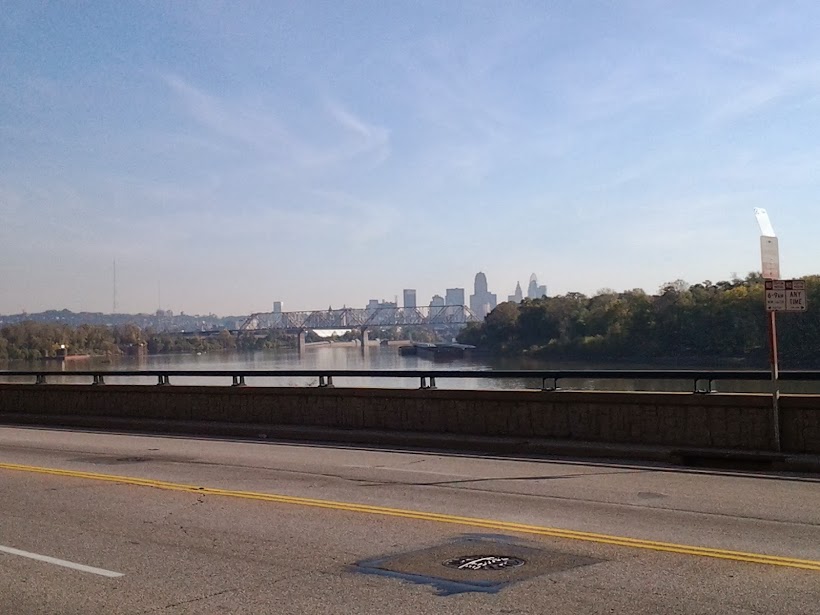 Recently, there has been talk that there could soon be a river trail beginning from Lower Price Hill and continuing through the existing parks along the way all the way to Sayler Park.


As we headed down River Road, I noticed that in the distance there was a man standing at the edge of the concrete steps in front of his house.  I wondered what he was doing and then noticed that he had several bottles of water in hand and was waving for us to stop.


Handing over a bottle to each of us, this Sedamsville resident wanted to know where we had been running.  A runner himself, he suggested of a loop that we might check out at  some point  in the future. He explained that if you ran along the riverfront, you could make a 12 mile loop out to Anderson Ferry and back along River Road. I filed this suggestion away for some weekend when the monotony of the same old loops becomes drives me to try something different. 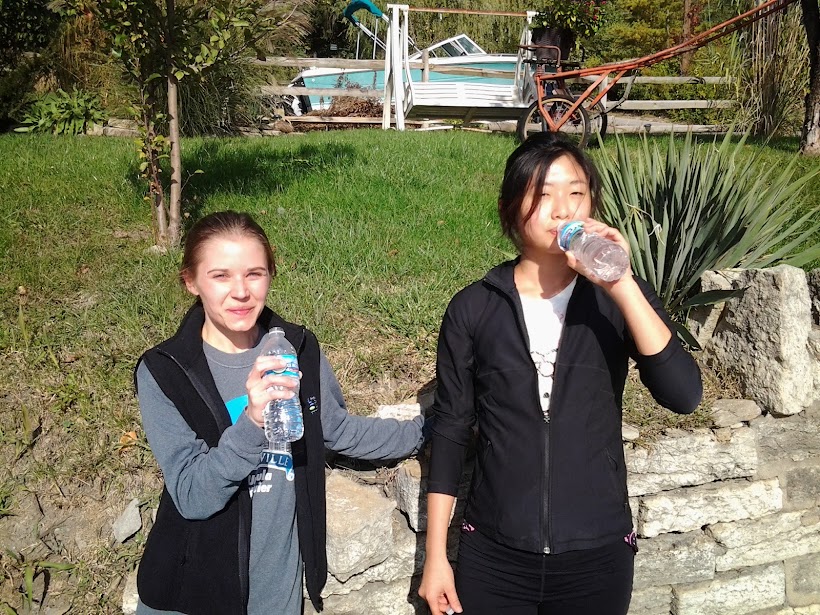 For me this simple act, was an illustration of how running requires you to depend on others--even total strangers. With the Indianapolis Monumental Marathon, just a week away this truth was especially poignant , as I couldn’t have trained the way I did without Kayla. From her commitment to nutrition, which has kept me healthier this year, to her matter-of-fact assessment of my fitness “well you run over 20 miles every weekend, why would you be nervous about doing it next weekend?” Without her I might be wondering what I could have achieved instead of setting out to achieve it.

So what does this have to do with Sedamsville? Everything. When we started Run 52, it was because we knew that running and community go together. And in neighborhood after neighborhood we have been reminded of this fact, and Sedamsville was no different.
See our whole route here: http://www.usatf.org/routes/view.asp?rID=530161