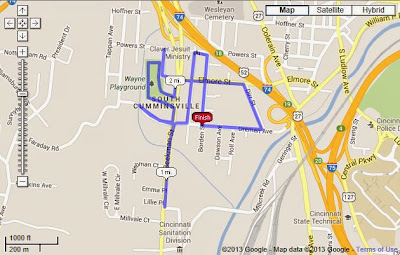 We “ran” in South Cumminsville the Sunday after Donnie ran the Indianapolis Monumental Marathon.  I say “ran” in quotation marks because “hobbled” may be the better verb.  While Donnie killed the marathon—achieving a 2 minute PR at 2:26:55 and coming in 6th place overall—he has been limping around ever since. 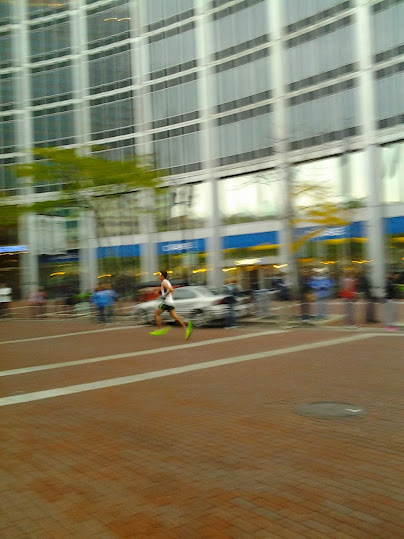 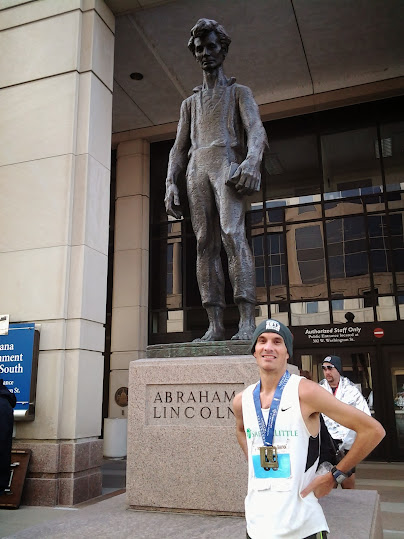 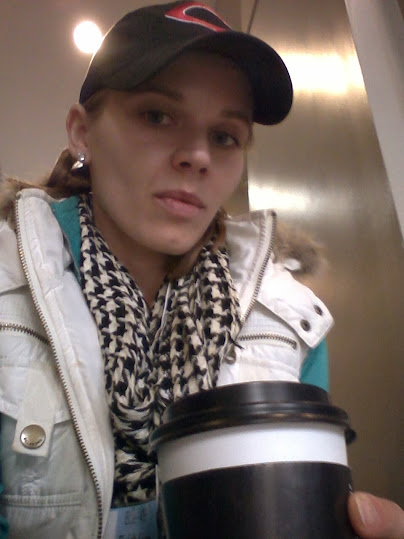 Technically, I had scheduled this week off from Run 52 months ago, knowing that Donnie would need some time to recover.  But it was a pretty day and I let this fact slip my mind as the Run 52 momentum carried us out the door and up I-75 to South Cumminsville.
(Later Donnie would get a peek at my scheduling spreadsheet and curse my foresight coupled with a subsequent lack of follow-through.)
South Cumminsville is just south of Northside.  Until the construction of I-74, the two neighborhoods were originally one larger neighborhood known as Cumminsville.  We started our run from Working In Neighborhoods, on the corner of Dreman Avenue and Borden Street. 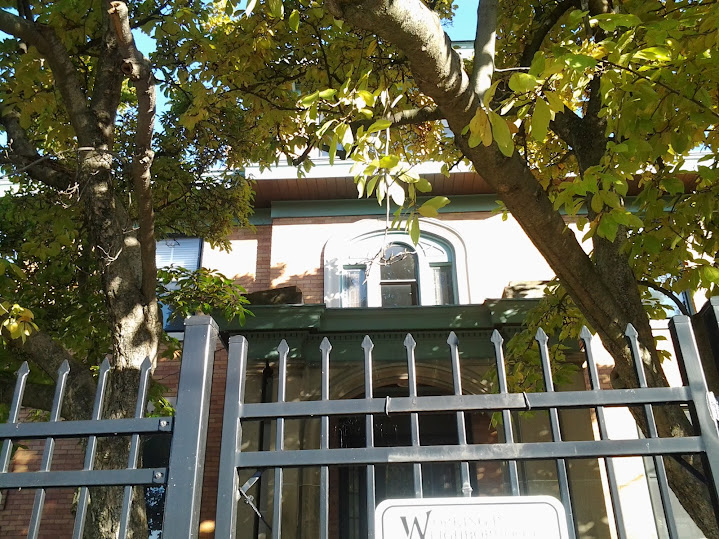 Working In Neighborhoods (WIN) is a community-based nonprofit that develops affordable housing, provides leadership training, and offers homeownership classes and housing counseling.  They also put on a great spring 5k at Winton Woods called “Run for the American Dream.”   If you click on this link you can see an old picture of me running it. 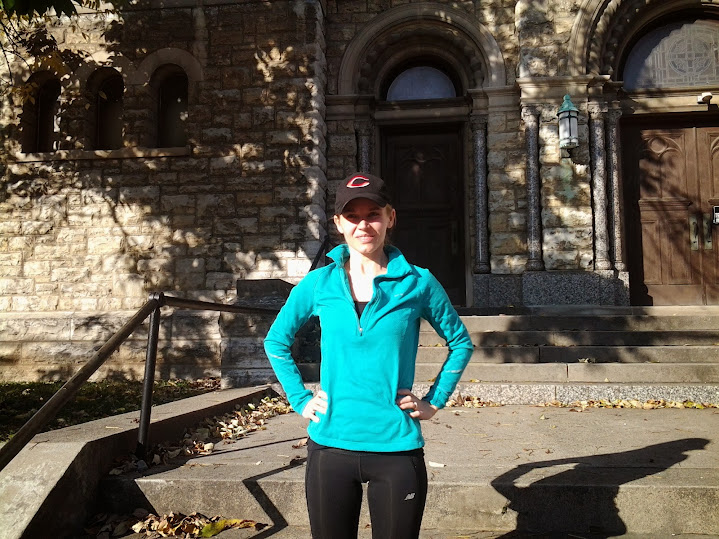 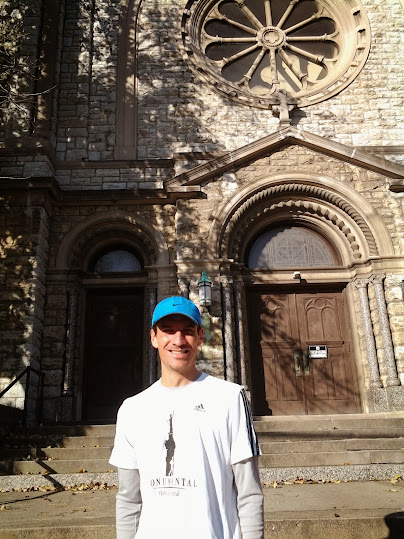 Working In Neighborhoods’ Economic Learning Center is on the at the Old St. Pius Church, which has been beautifully renovated into offices, classrooms, and senior apartments. 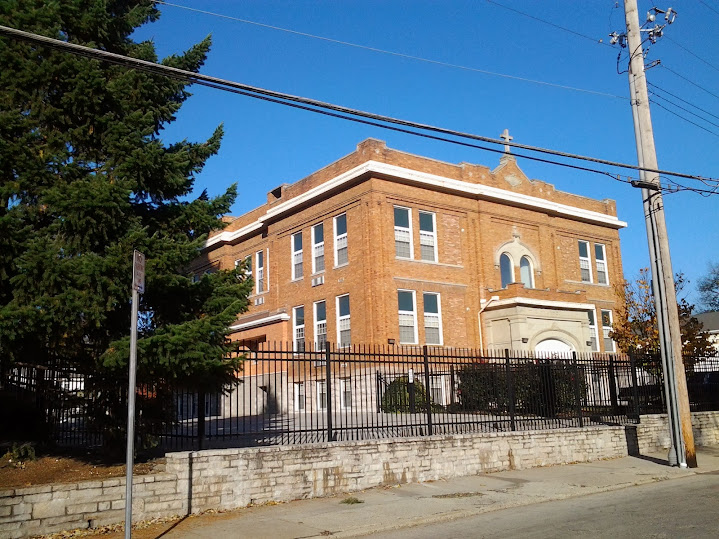 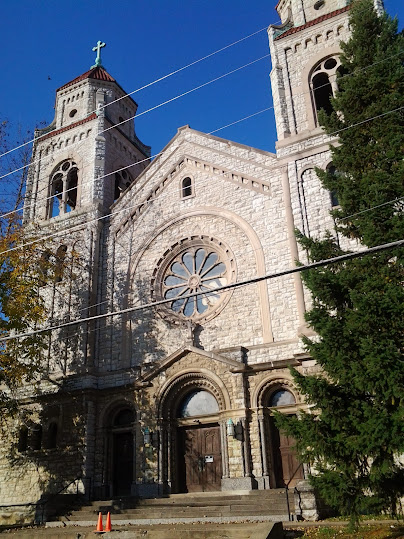 On the blocks surrounding Working In Neighborhoods, there are well-maintained residential blocks with solid, single-family homes. Here there are great, affordable options for first-time homebuyers and families. 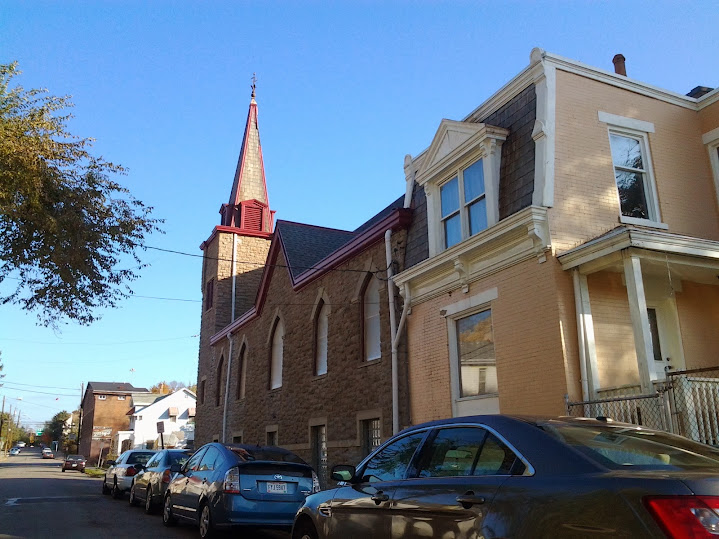 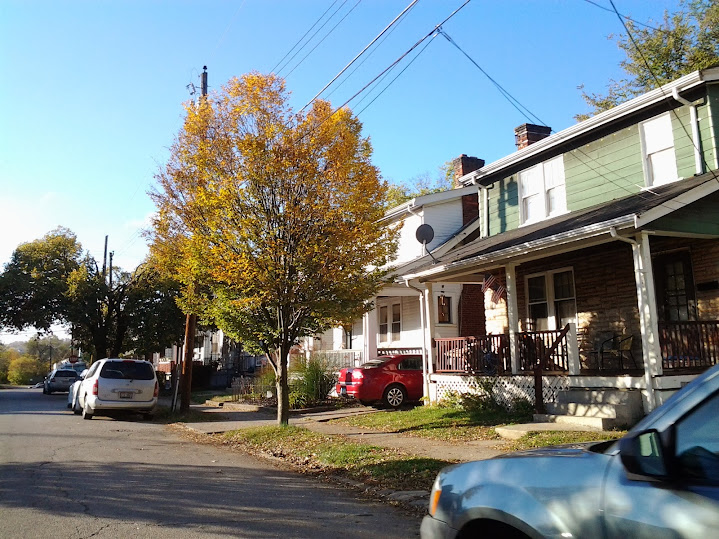 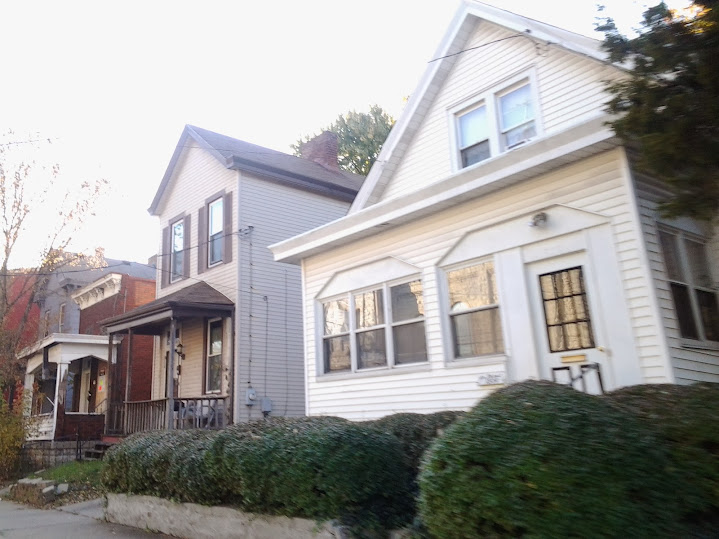 The trees along Llewellyn were unsuccessfully trying to hang onto their summer green: 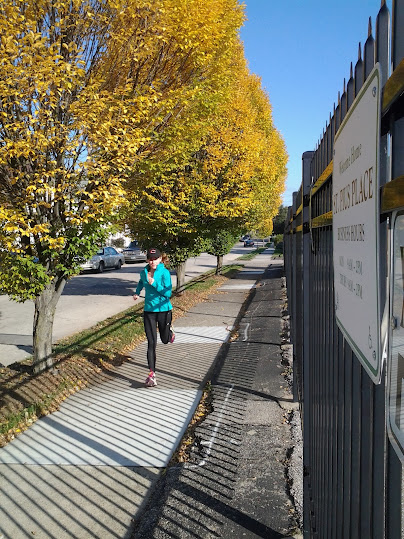 On the corner of Beekman and Dremen is the famous Mr. Gene’s Dog House. 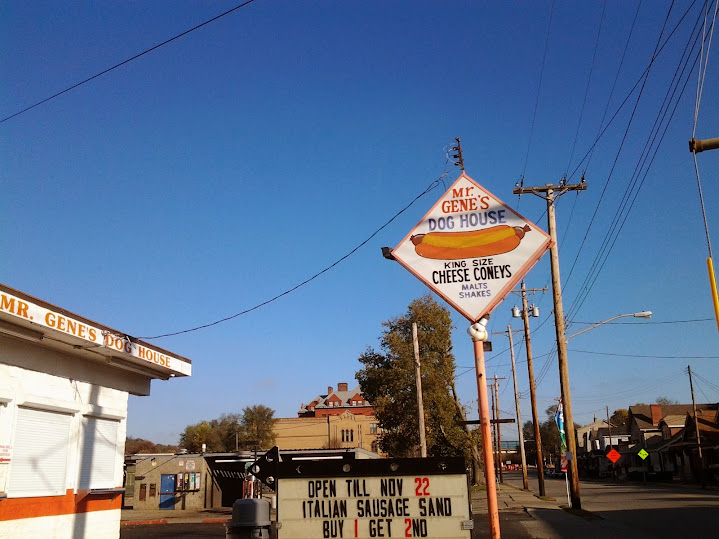 If you keep going on Dremen past Mr. Gene’s, there is a tree-lined sidewalk that leads to the West Fork Mill Creek.  I’m obviously obsessed with the fall leaves, but I swear in the seven autumns I’ve spent in Cincinnati I don’t think they’ve ever been as pretty as they are this year: 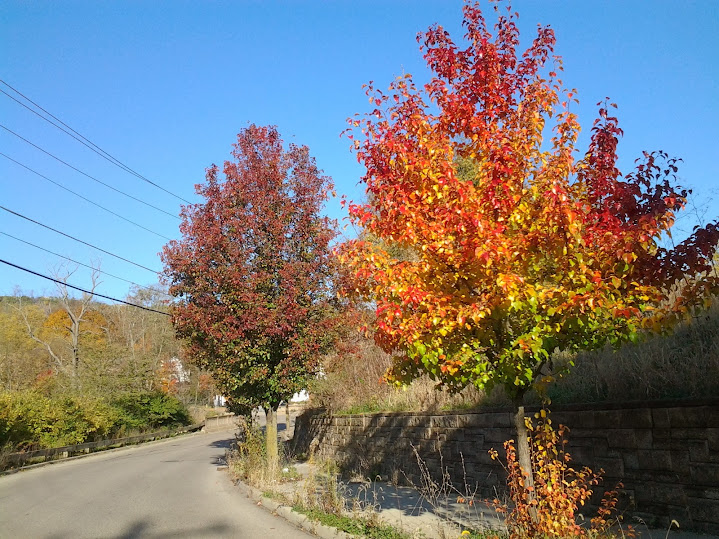 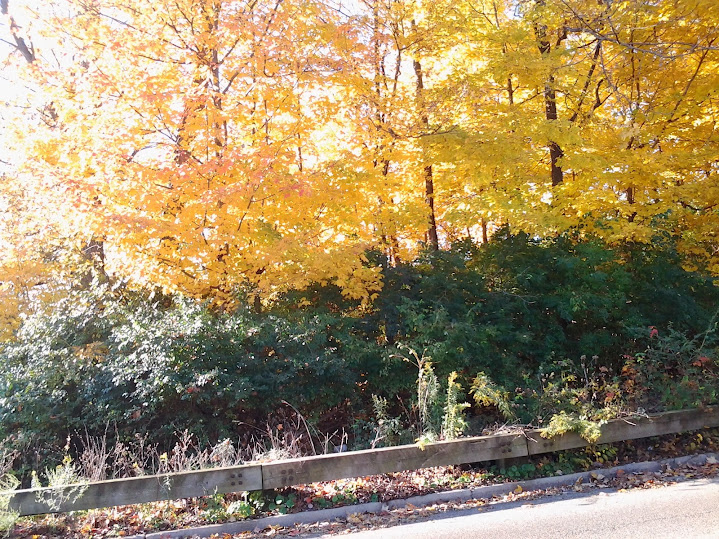 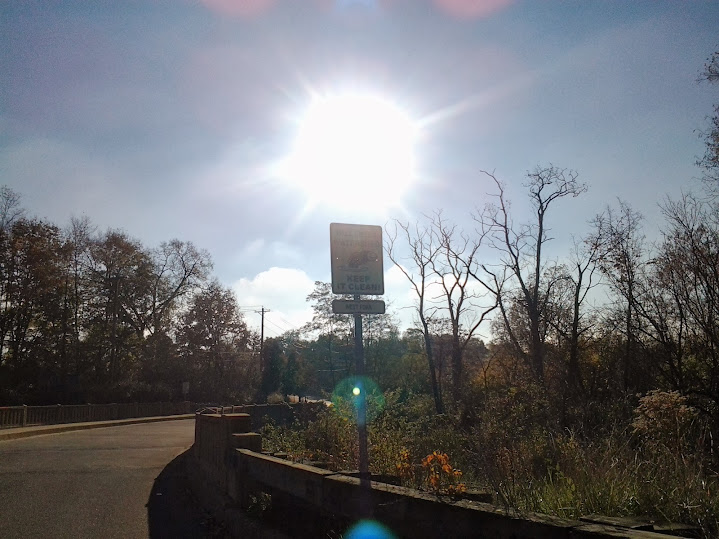 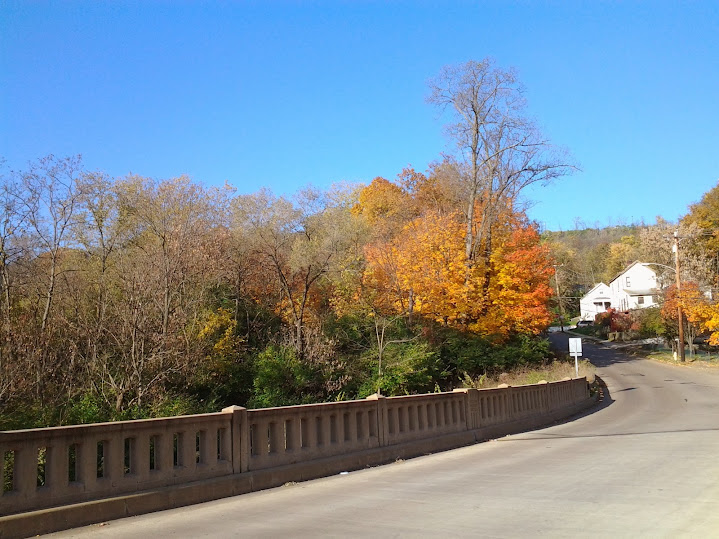 I know the guy just raced 26 miles, but here he was really shuffling: 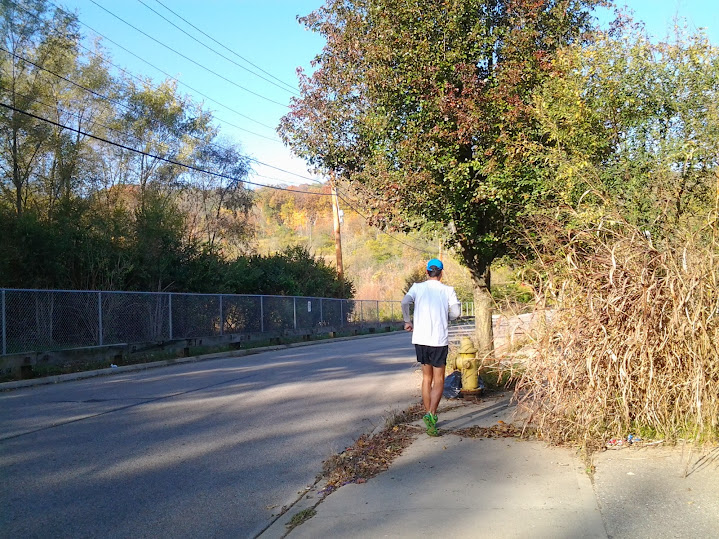 From this stretch, we were able to take a little path over to the Wayne Playground: 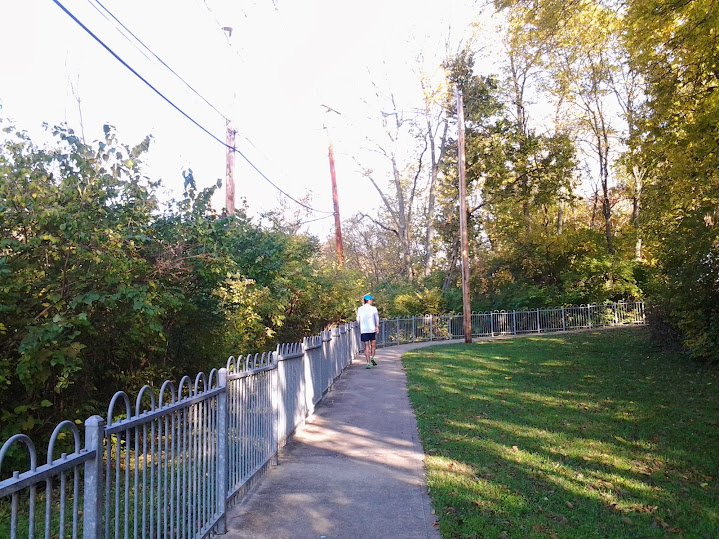 The Wayne Playground has basketball courts, baseball fields, and a wide open field where I was able to get in a few wide loops while Donnie rested. 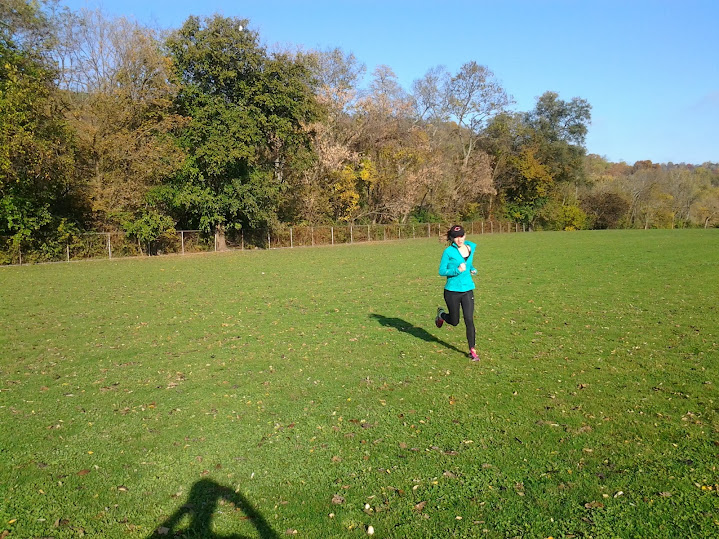 From the playground, you can see the old Garfield Public School, which has been developed into apartments known as Garfield Commons. 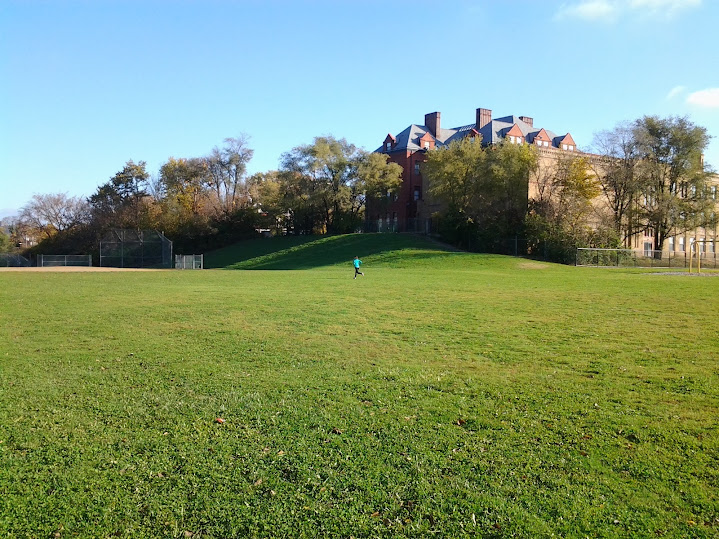 For some reason, I decided I could defy the limitations of being five feet tall and jump to touch the basketball net. 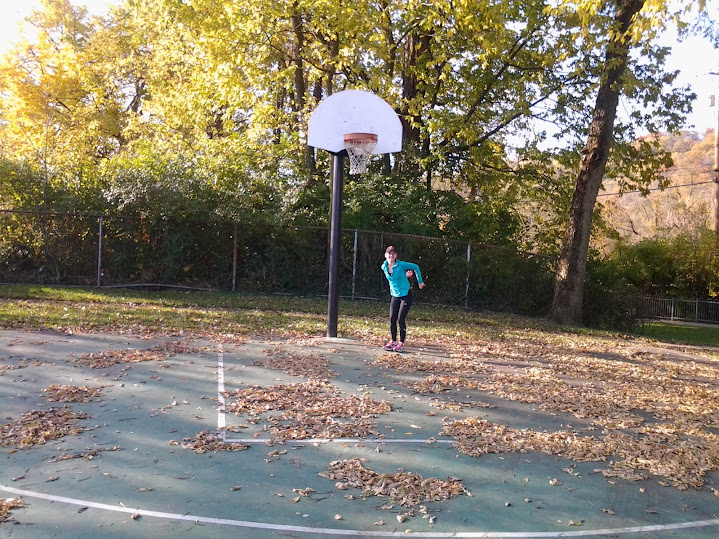 Also, for some reason, I thought that putting my hand on my hip would help: 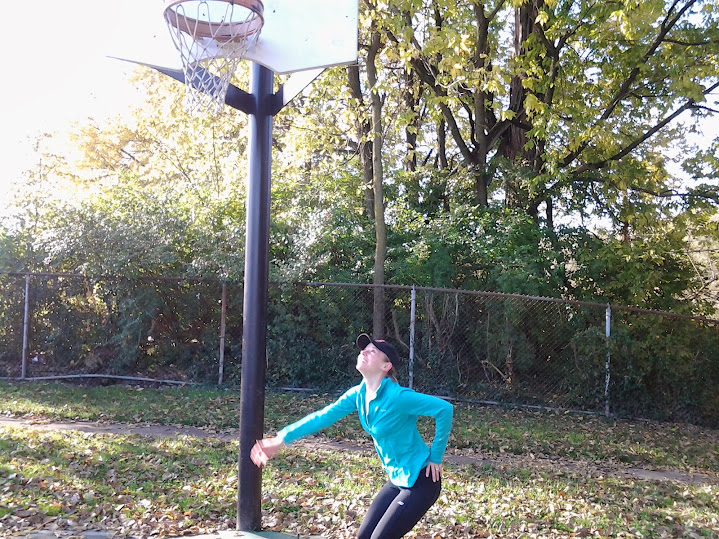 This doesn't have much to do with running, but ever since I told Donnie I dropped out of the fifth grade basketball league after one game, he does this schtick where he says in his announcer voice: “My wife… is a very short woman.  While the other children were playing basketball games after school... she was indoors sorting her spreadsheet.”
Clearly someone should give this guy his own show. 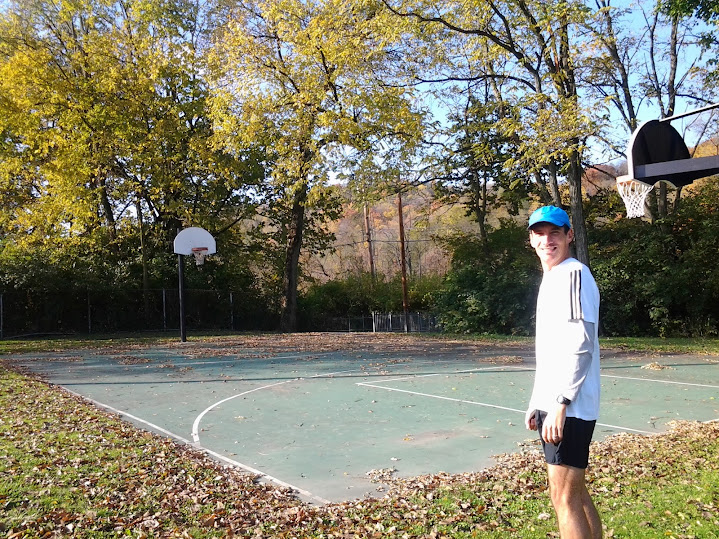