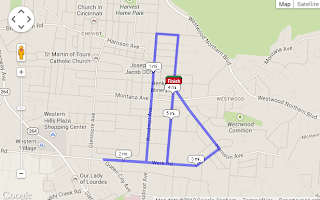 As we prepared for our Westwood run it seemed that we had come full circle. It was back in February that we completed a snowy tour of Clifton.  Now, at the other end of the year, thanks to a record-setting storm, we found Westwood blanketed in snow.  In fact, the snow was so significant we had to reschedule our run from Saturday to Sunday.


The snow made for some great photos: 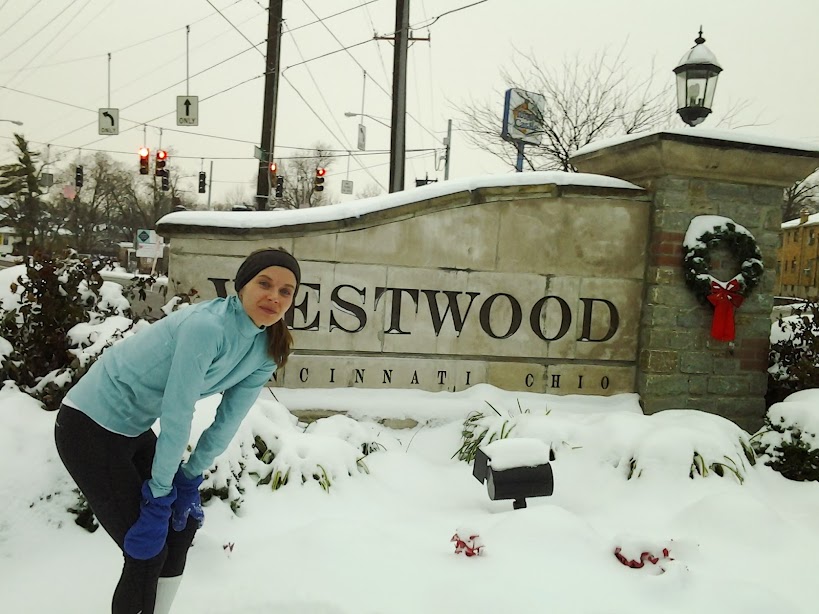 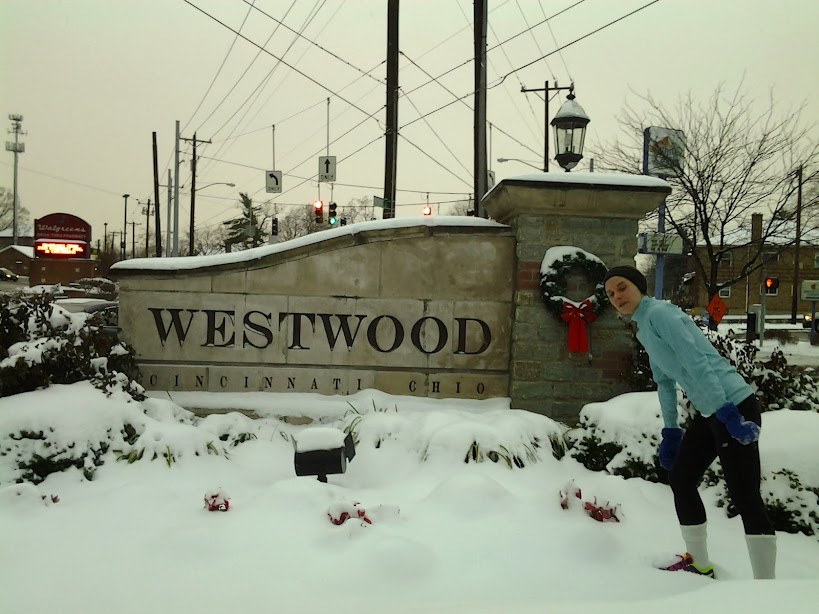 I was looking forward to touring Westwood, as it had been a long time since my last visit.  In 2008, it was in the Westwood home of our good friend Soren where we watched the Presidential election results pour in.  Other than a few subsequent trips to Soren's, that was the extent of my Westwood experience.


As we got started, it took me a while to get warmed up. Amazingly,  I was even less flexible than usual. The previous evening, we had dinner at the Riverside Korean restaurant in Covington.  The food was incredible, but this runner struggled with sitting on the floor and fitting my legs under the very low table.
Exhibit A: 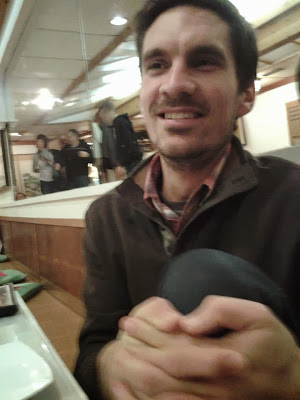 The results of cramming my legs under the table are apparent in this awkward photo (left leg crossing over the front of body, right knee and right foot pointed outward). 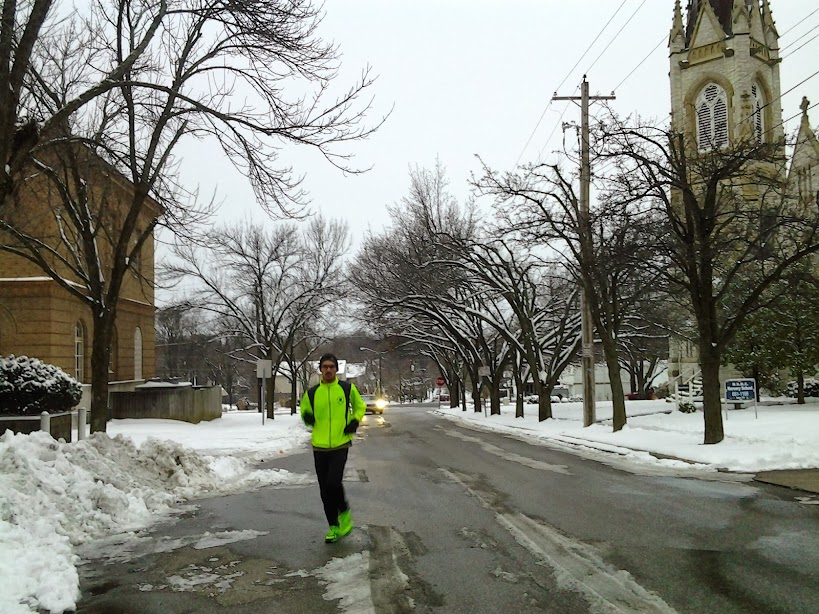 Once I got loosened up, I was struck by block after block of impressive homes and spacious yards. 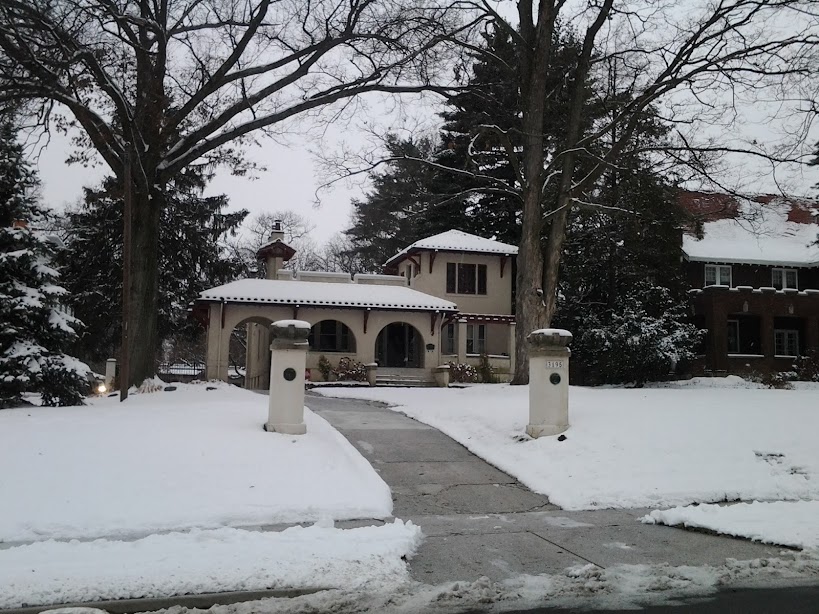 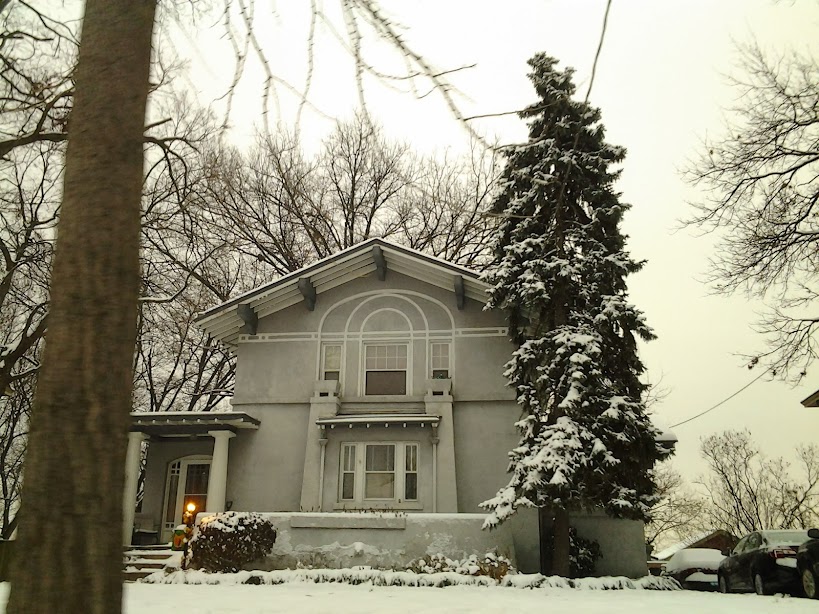 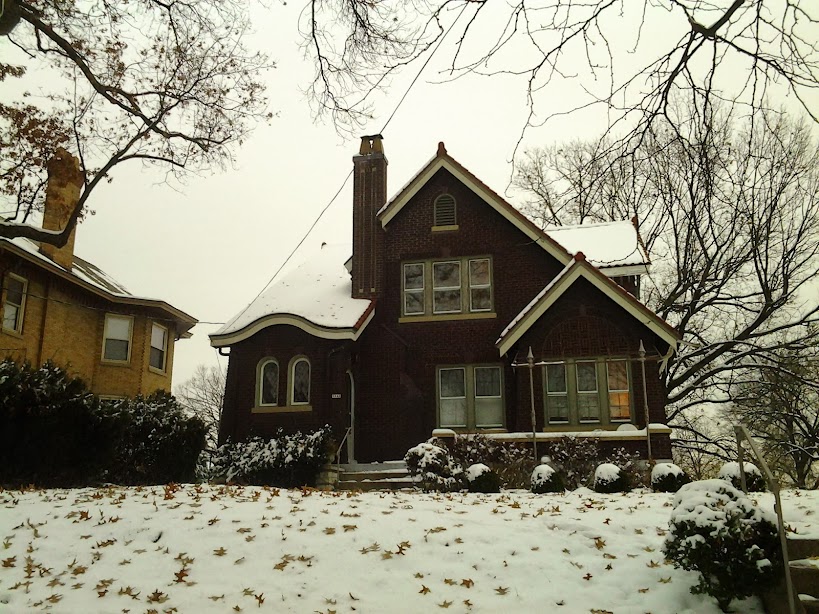 As we got going, Kayla’s legs seemed to thrive after an evening under the  table. It was all I could do to keep up with her as she strided smoothly over the rolling hills on Epworth and then Boudinot. 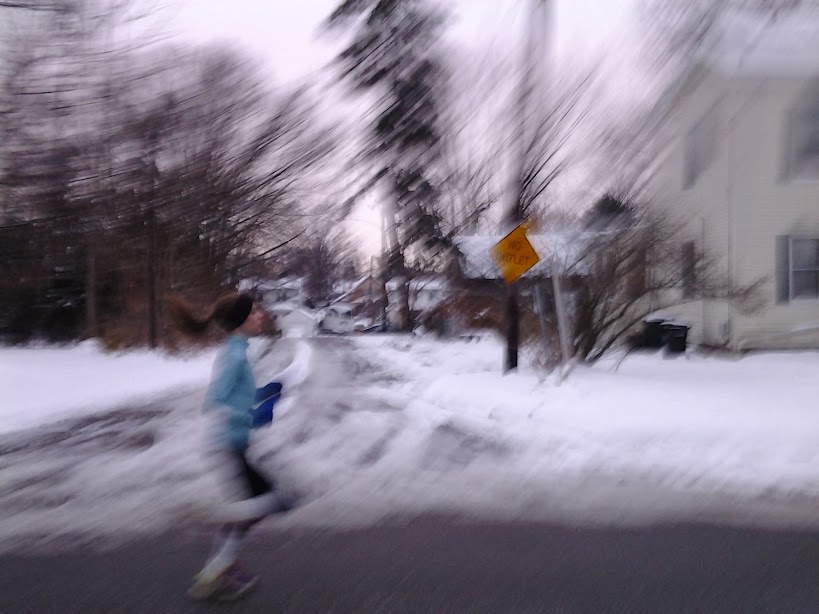 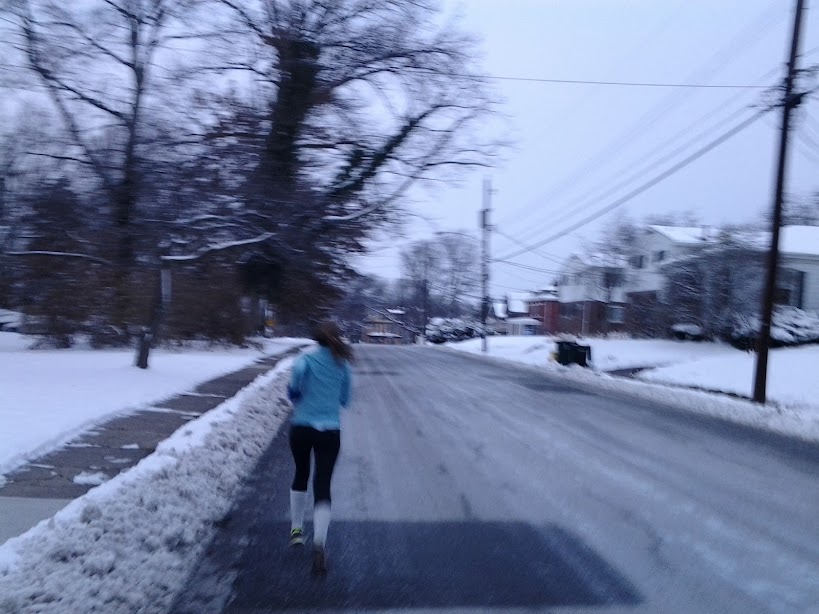 The streets of Westwood seemed to go on for longer stretches without major intersections or turns.  It occurred to me that Westwood would be a great place to hold a road race. 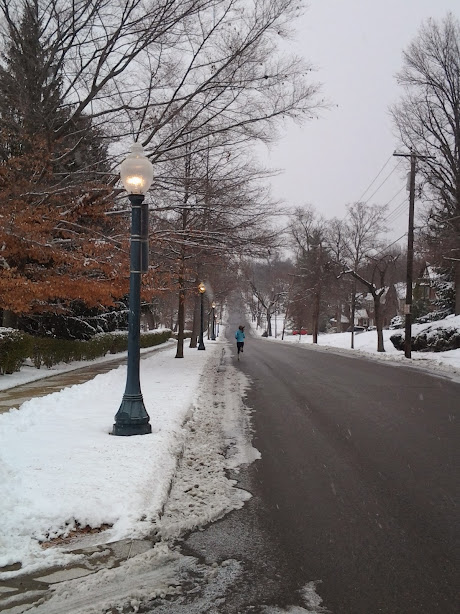 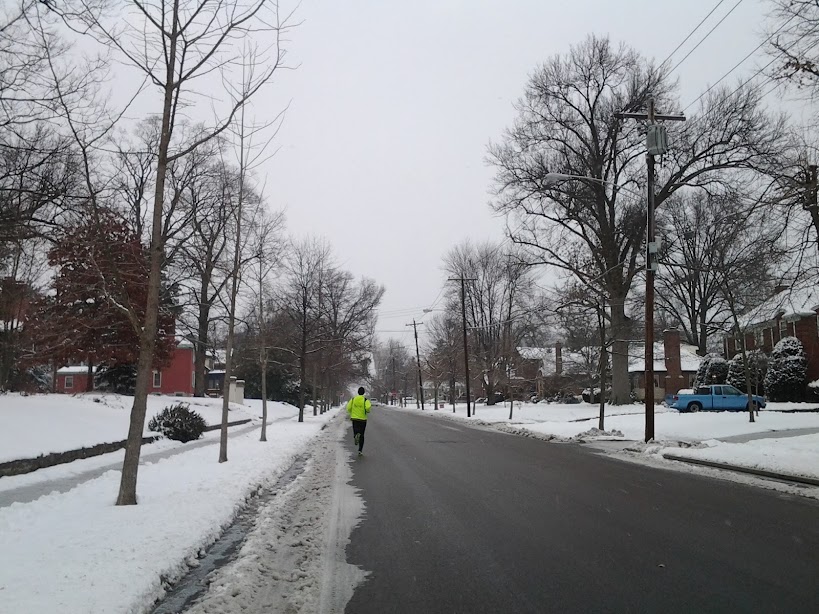 After making our way along Werk and then Harrison, we came across Mother of Mercy High School.  Not only is this the Alma Mater of our friend Katie, it is another architectural gem, adding to the overall character of Westwood.   Watching Kayla round the turn of the front driveway led me is to wonder if she might have been a high school track phenom. 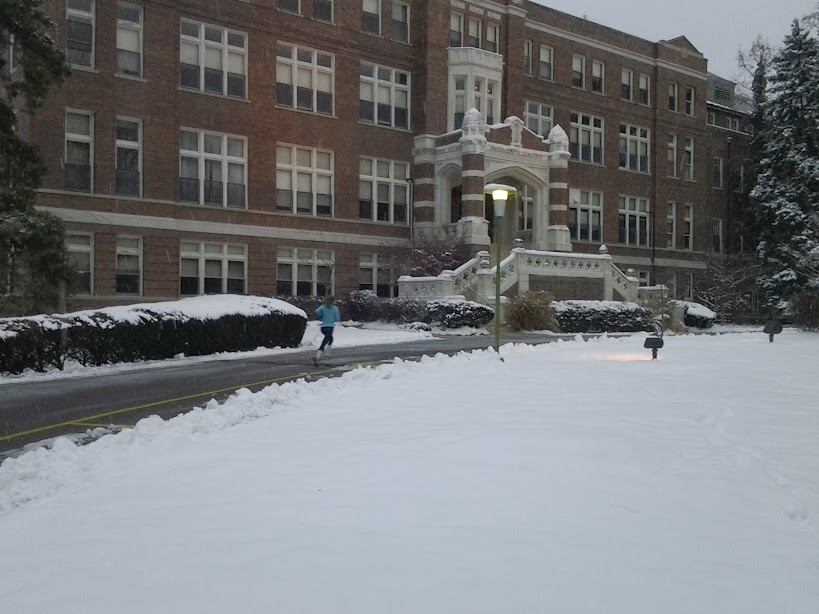 Even closer to the heart of Westwood, we encountered the Westwood library branch. Who wouldn’t want to pick some books up from this art deco masterpiece? 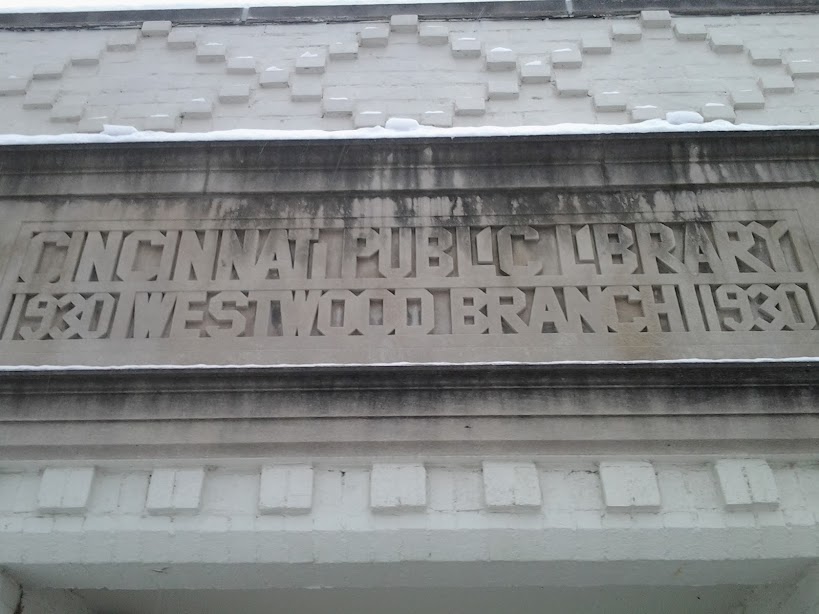 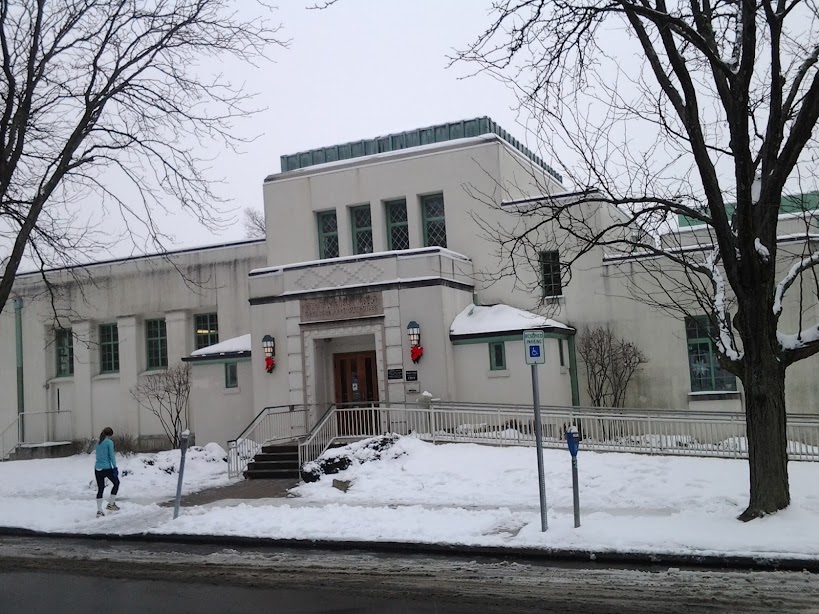 I thought the library brought to mind the Water Works building in South Fairmount.  Kayla said it reminded her of the Lunken terminal. 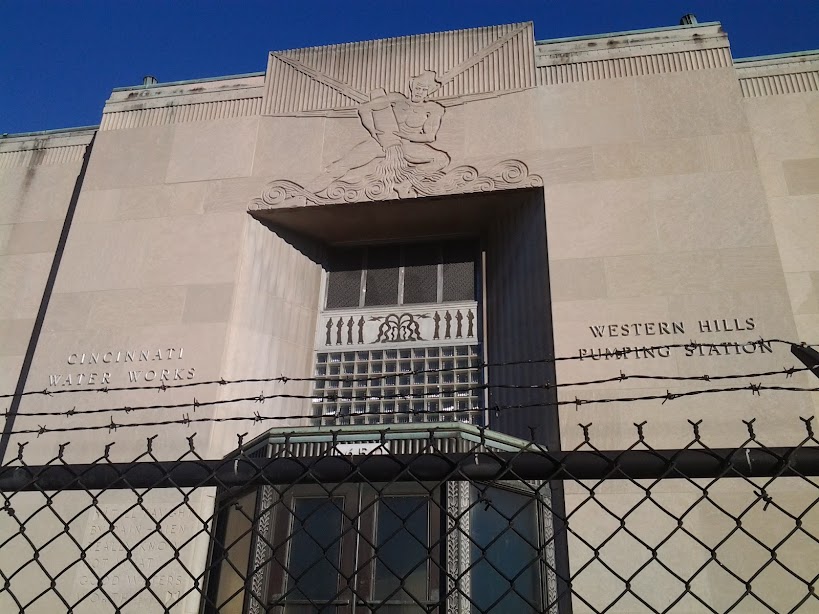 Right around the corner was the United Methodist Church--yet another Samuel Hannaford project. 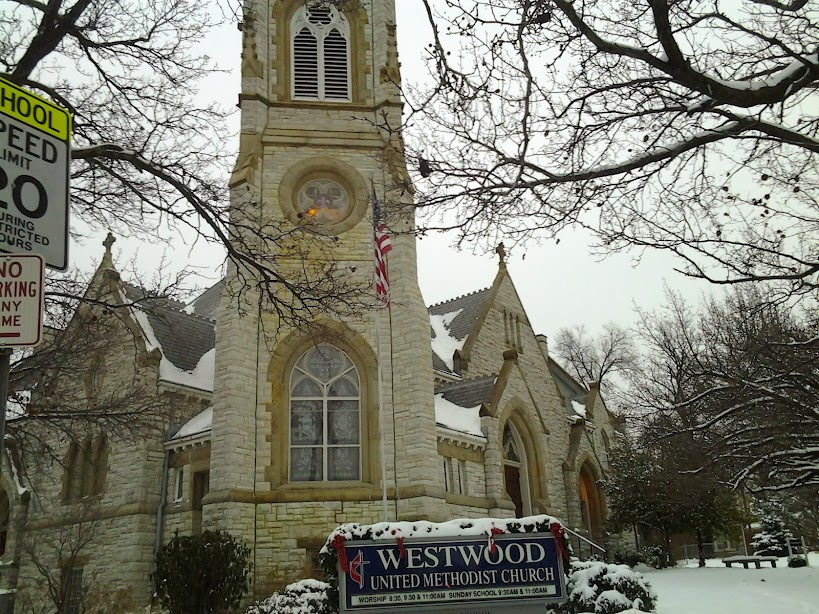 The Westwood Town Hall is a relic from the days when Westwood was an emerging farming suburb at the turn of the 19th Century. Even after Westwood was annexed in 1896, its residents sought to maintain a unique identity. 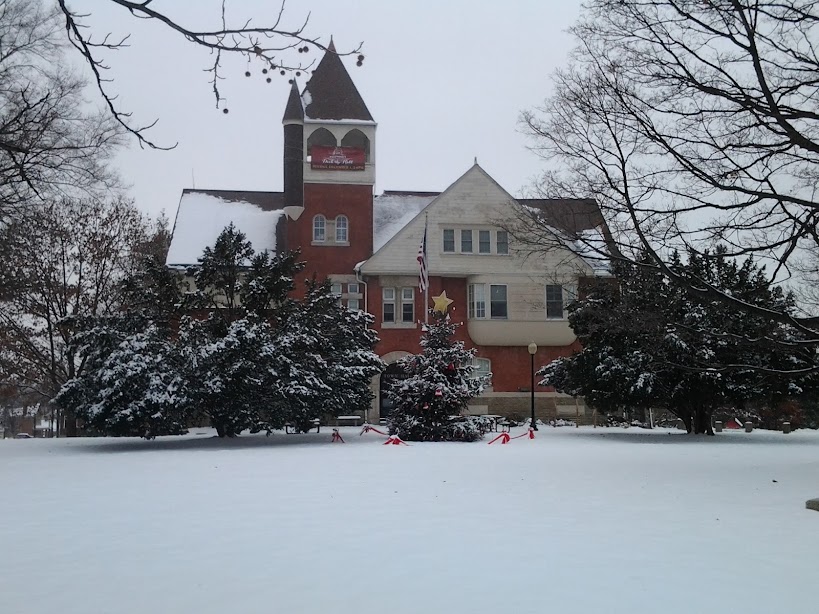 Signifying the union between the one-time suburb and city, the Town Hall houses Westwood’s Cincinnati Rec Center.  It just so happened that the CRC sign featured some emerging runners who had recently taken place in the Girls on the Run 5k. 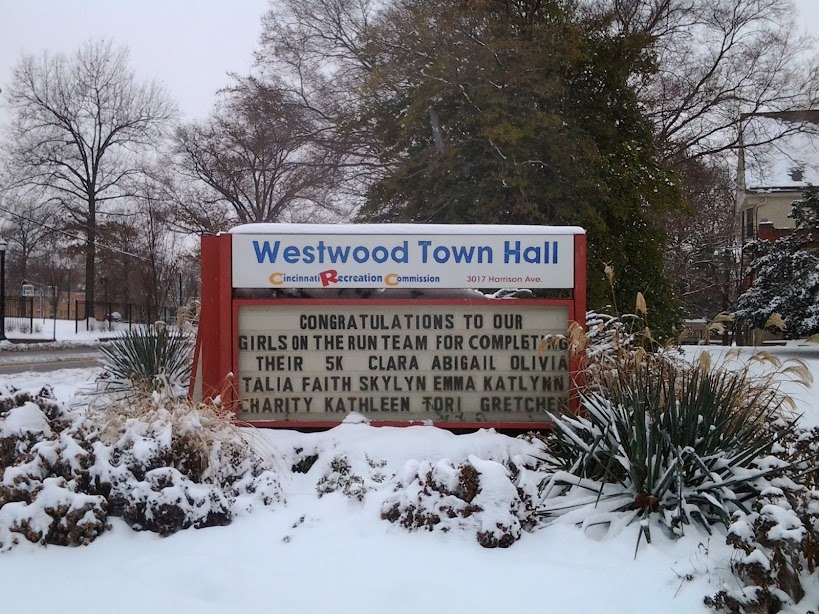 Just around the corner from the Town Hall, we made our way up Harrison where we found the Henke Winery, an internationally renowned family operated winery that also serves great food.

Kayla can vouch for the winery as it is where she celebrate Maggie's 30th birthday. Her only complaint: they didn't stock her favorite 3 dollar supermarket wine--Rex G. 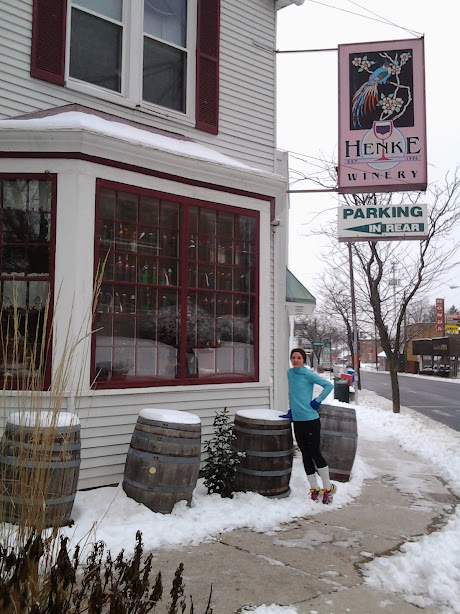 Our last stop took us to the front window of this neighborhood bakery, where we drooled before these cakes as icicles formed at the base of our mouths. 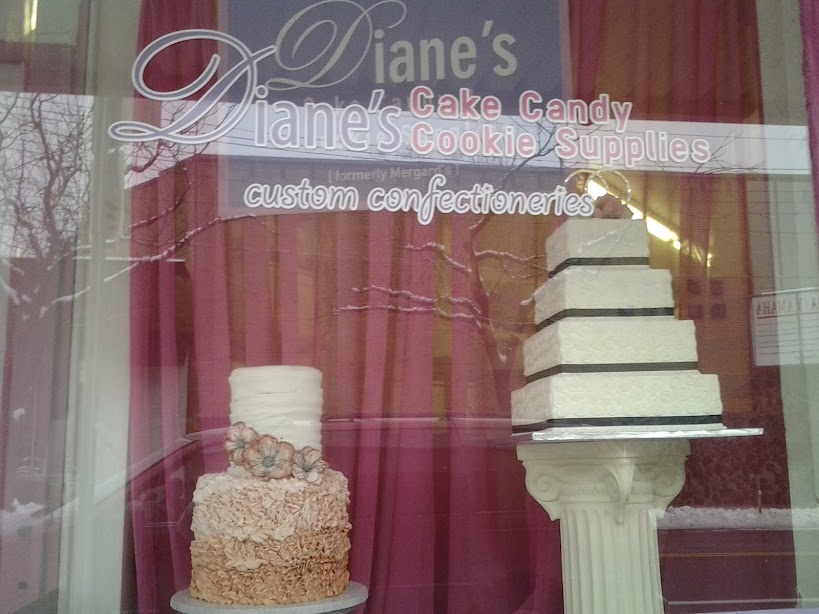 Unfortunately, the bakery was closed--we headed out early for this run. But a great cake is always a good reason to return.