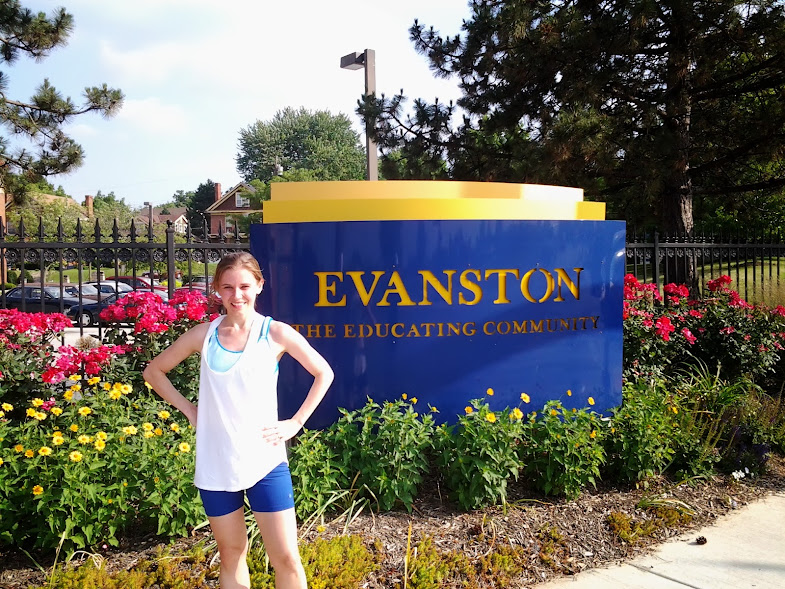 On Friday afternoon, I had the great privilege to spend an hour getting to know Mrs. Anzora Adkins, who is the president of the Evanston Community Council.  It was pure happenstance, because I was filling in for someone at a meeting I wasn’t originally scheduled to attend.  I was, however, scheduled to complete the Evanston leg of Run 52 later in the day, so when the meeting facilitator asked us to partner-up for a lesson in appreciate inquiry, I jumped on the opportunity to hear about Evanston from the person who knows it best.


For years, Mrs. Adkins was an elementary school teacher at Evanston’s Academy of World Languages.  Upon retirement, Mrs. Adkins began to dedicate her days to improving the community where she had worked, lived, and had raised her children.  This work is in her blood: growing up in Birmingham, Alabama, she watched her father work as a neighborhood activist.  Her mother was a missionary.  Mrs. Adkins herself is graceful and soft-spoken, and when she speaks people listen.  She told me that when you want someone to commit to something, you should think carefully ahead of time about the best way to make your request.  And this approach—issued with a kindness that is irresistible—has been effective.
That evening, Donnie and I started our Evanston run from the yellow house on Cinnamon Street.  Since we moved out, the pine tree in the front yard has been removed. 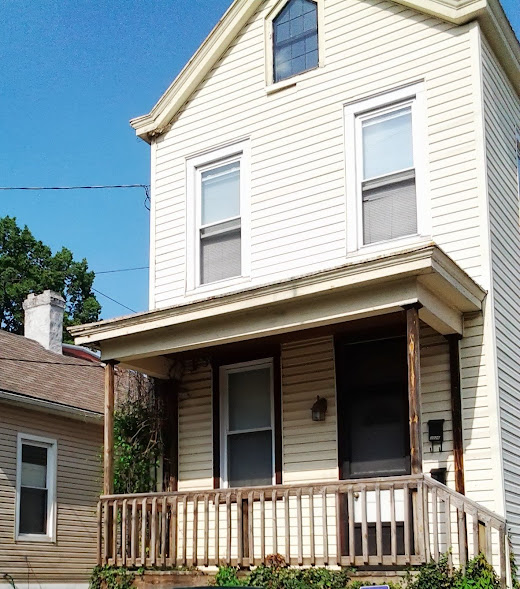 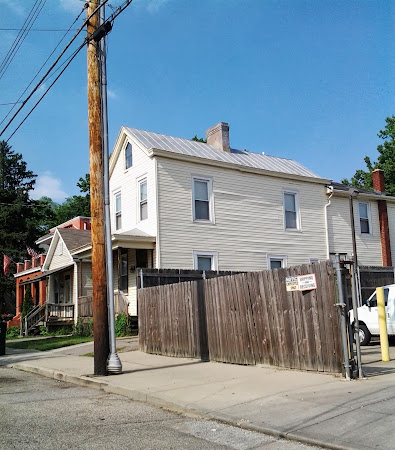 The business district looked as attractive as ever: 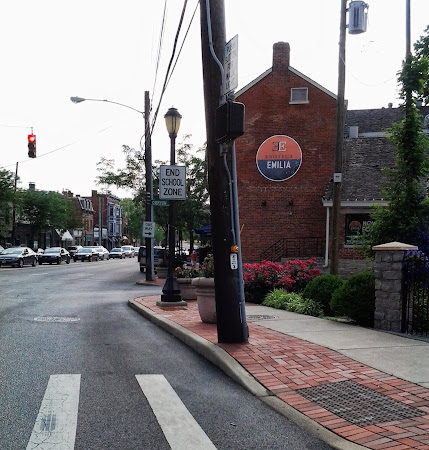 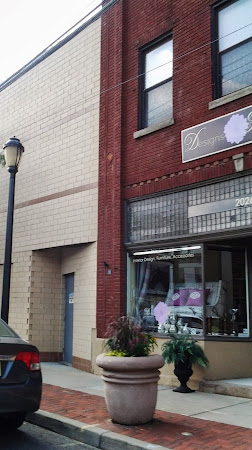 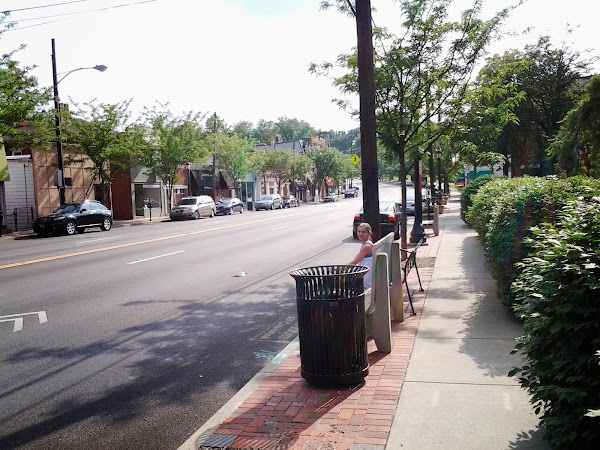 I have always loved the huge plantings that line the streets: 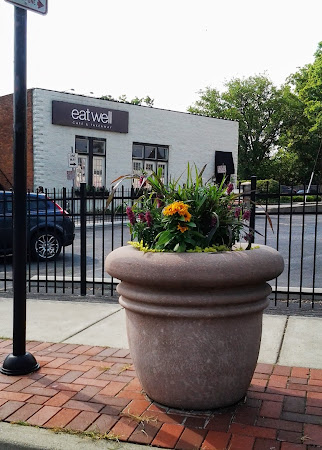 Living on the edge of the business district was a friendly place to be—the flower shop owner looked out for me when I would walk Zola alone, friends from the Running Spot would call to Donnie from across the street, and the regulars at the bar would nod to us when we would jog by. 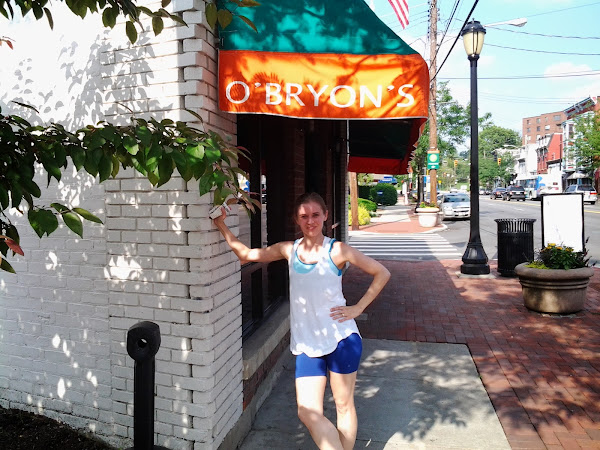 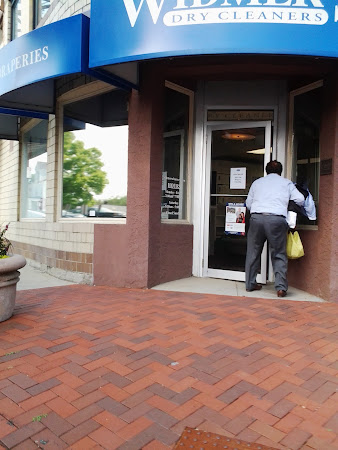 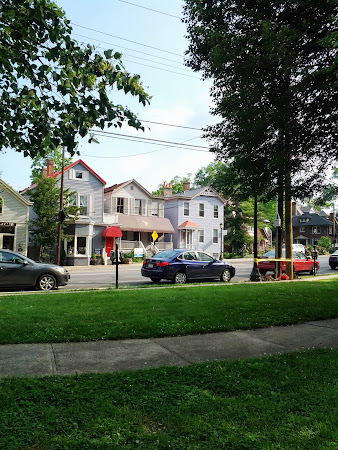 Owl’s Nest Park is a big urban park with walking paths, basketball courts, playground equipment, barbeque pits, and a ball field. We walked there every day.  The kids in Owl’s Nest Park got to know Zola, and we got to know their names too from hearing their parents call for them.  I will always remember the rambunctious six-year old whose name might as well have been spelled in all caps with an exclamation mark at the end: “MICHAEL!” 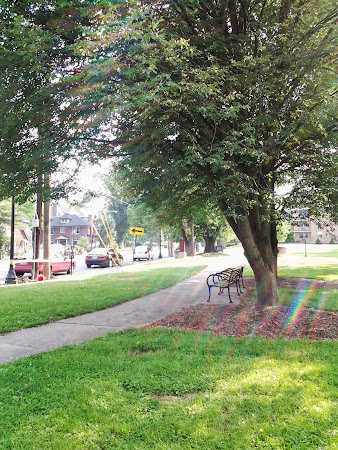 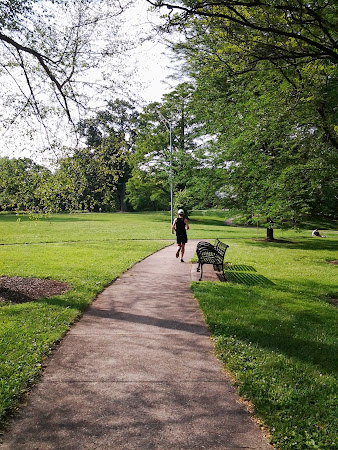 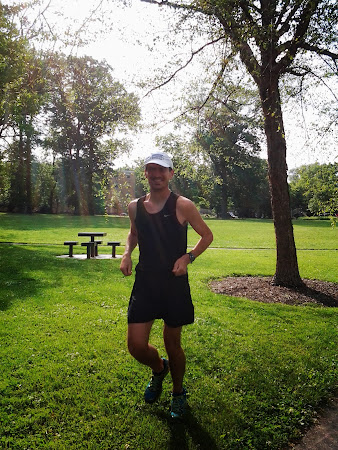 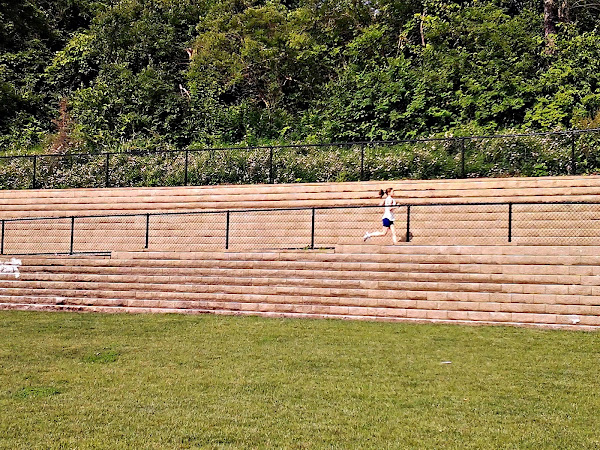 Leaving Owl's Nest, we ran down Fairfax Avenue, which has some of the prettiest homes in the neighborhood: 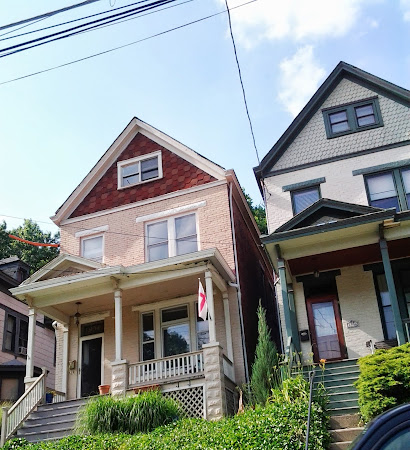 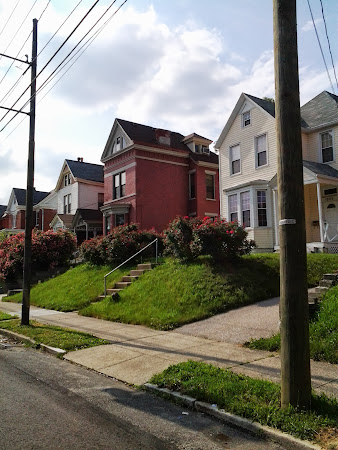 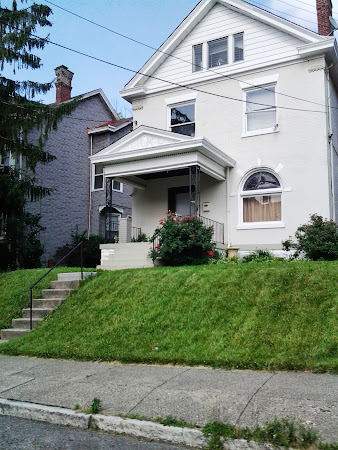 On Fairfax, there is a row of six different-colored Victorian cottages with picket fences out front.   I regret not having taken a picture.
From there, we ran down Woodburn to Five Points, where we passed the impressive Evanston Recreation Center, which Mrs. Adkins says is the neighborhood’s best asset (look at that water slide!): 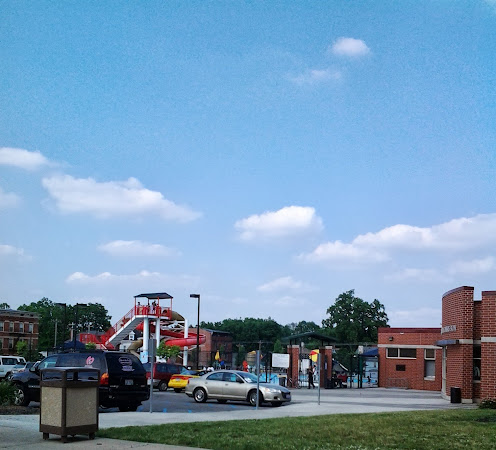 We also passed the Evanston Employment Resource Center, and further down, the Flavor of Arts Studio. 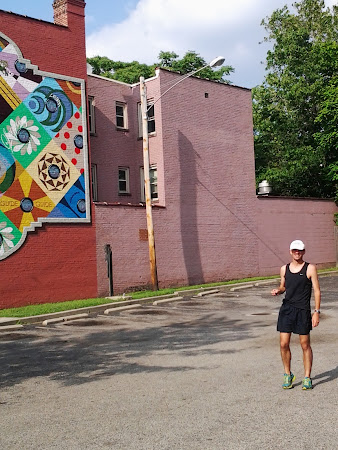 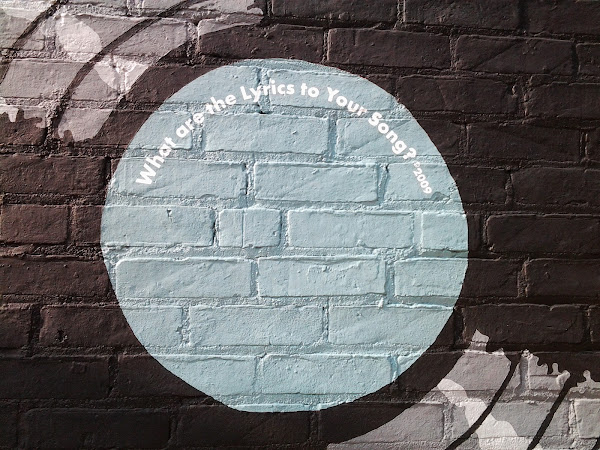 Let me back up.  Saying “further down” may be misleading, because to get to the Montgomery strip, you do have to cross I-71 on an overpass.  Many of the older Evanstonians say that the highway disrupted the fabric of the residential blocks.


We crossed Dana and ran to Xavier University on the new brick jog/bike path.  This path is great—it is safe and wide open, adjacent to wide open fields ready for development: 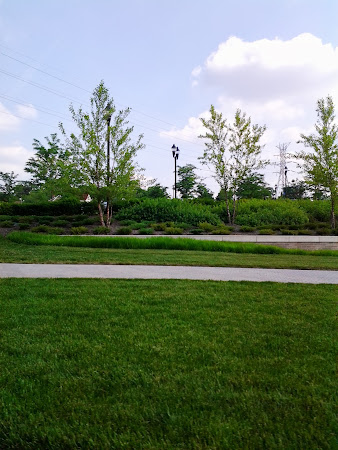 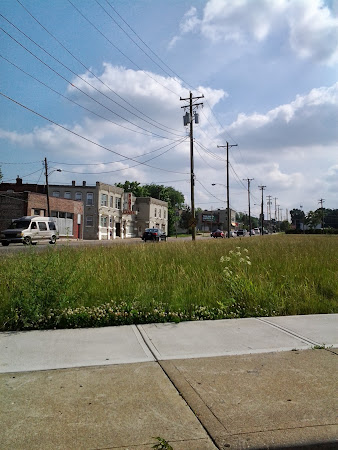 The jogging path also passes Listerman Brewery, where we went to a neat outdoor beer festival earlier this year: 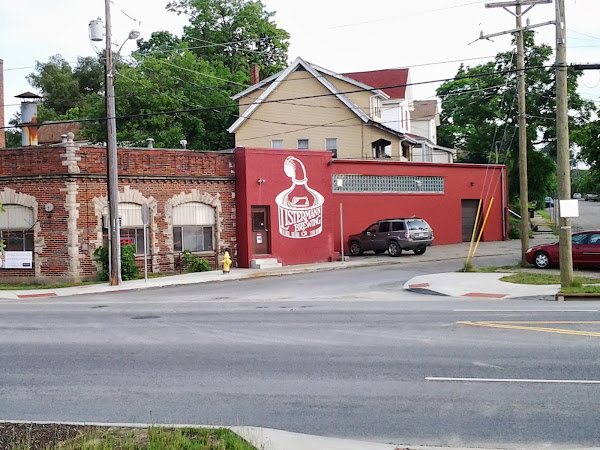 The architecture on Xavier’s campus is a symbolic mix of modern and classic.  Xavier’s campus is where I had spent the afternoon with Mrs. Adkins.  At the same event, I also had the opportunity to hear from several Xavier students who spoke passionately about the school’s tradition of service and community engagement. 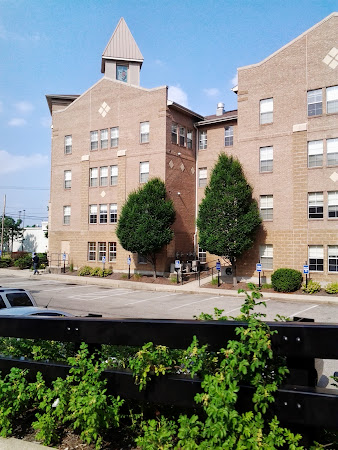 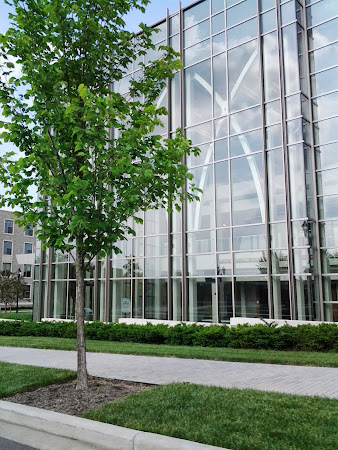 After leaving Xavier, we ran through some of the residential sections on both sides of the highway.  Under Mrs. Adkin’s leadership, the neighborhood has cataloged each of the vacant houses in the neighborhood and created a comprehensive housing strategy to build on assets and address needs. 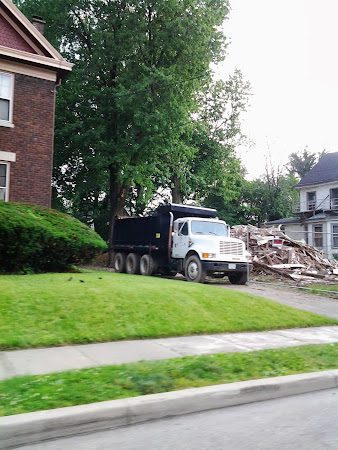 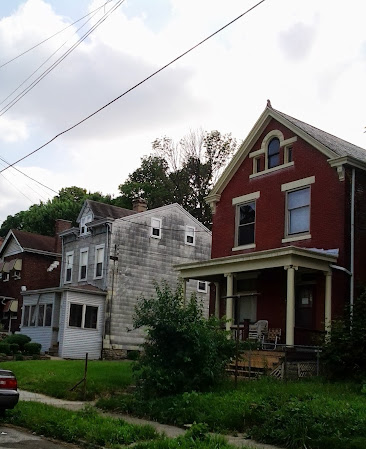 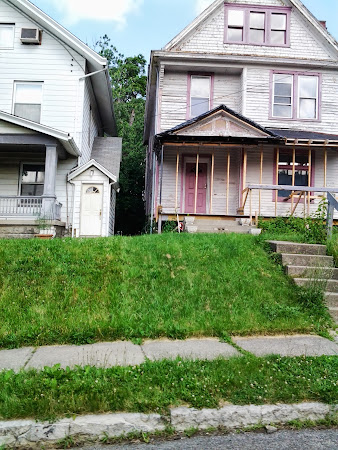 At the end of our run, we ventured into the Bettman Natural Resource Center, which is a wooded area behind a nursing home at Pogue and Beech.  It is striking, almost unsettling, to leave the neighborhood streets and so suddenly find yourself in what feels like deep woods.  The contrast is severe, and slowed me to a walk.  Which was a fine way to end the evening. 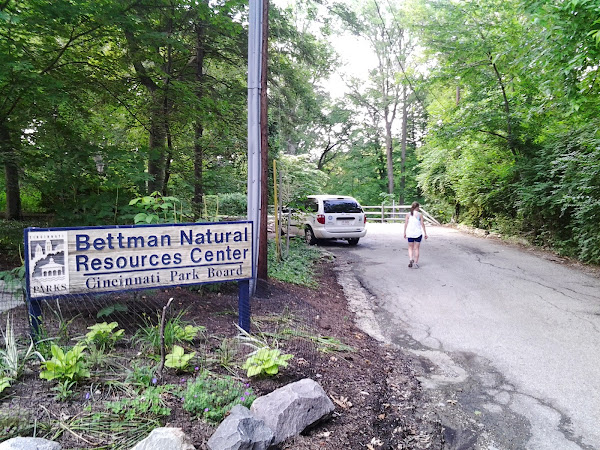