Of all the runs on our list, California is the one I’ve been looking forward to the most. What is this place nestled along the river in the far corner of the city? The land of amusement parks with a name evoking sunshine. California. It almost feels anticlimactic to have arrived at this point so early in the year.

Obviously, before we left we had to pose with our books and our money: 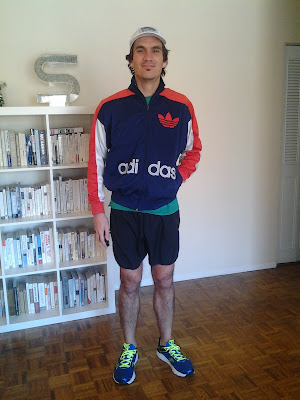 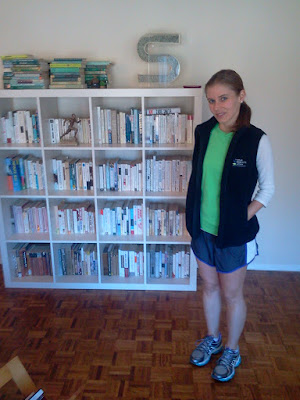 It didn’t take long to drive through the East End along Kellogg Avenue to Coney Island. We had hoped to park there, but it is battened down for the winter: 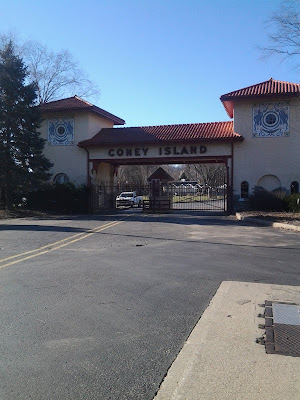 The dry water slides and the white skeletons of poolside umbrellas were visible from the road: 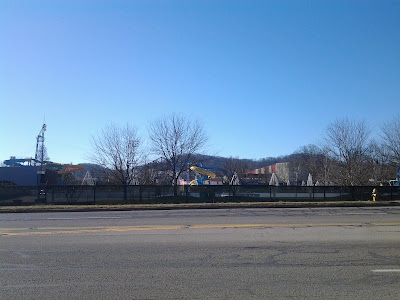 We passed Riverbend Music Center and River Downs before pulling over to park along the Ohio River Trail. 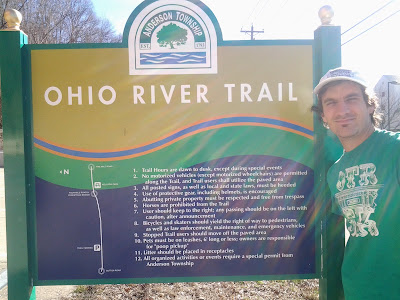 At this point we had technically left Cincinnati and entered Anderson Township, but it was just a quick jog past the amusement parks before we entered California proper: 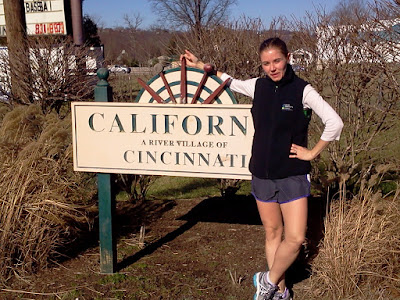 Look, I don’t know what it is about the pictures Donnie has been taking of me lately. Could this get any worse? It looks like I had a rough night. Which I did if you consider watching the third Twilight movie in my pajamas while eating basil-mozzarella balls rough. I consider it a luxury, so really there is no excuse for this picture. 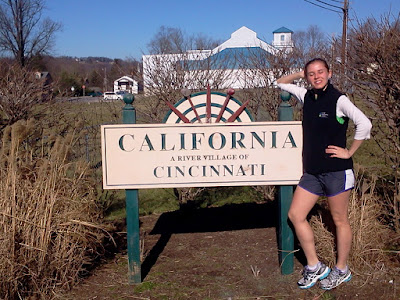 The business strip in California is something out of a movie. Lebo’s, known for its Karaoke nights, occupies a beige-brick building close to the street: 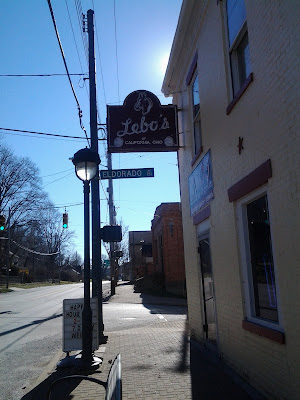 California Deli is on the next block: 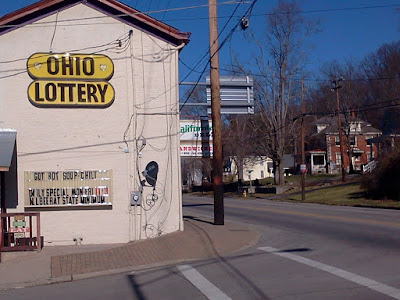 And the California Columbia United Methodist Church is a bit further up: 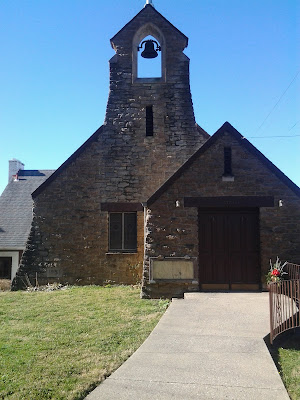 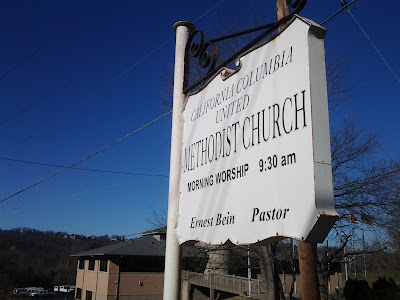 The residential district behind the storefronts reminded us of rural towns we have loved: Thoreau, New Mexico; Lewiston, Michigan. Small houses on streets laid out on a grid. No need for sidewalks. Barking dogs in the yards. This sign guarding a junkyard: 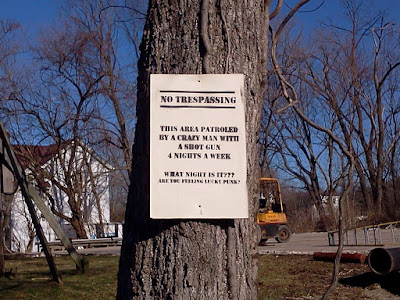 Speaking of guns, we soon found out that we would have to amend our original plan to run in the California Woods Nature Preserve: 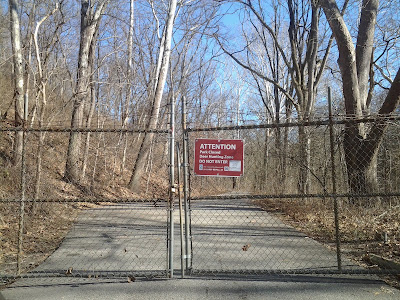 Hunters in the woods, stay out? You don't have to tell me twice!

Instead we ran up a steep hill to the Cincinnati Recreation Commission California Golf Course: 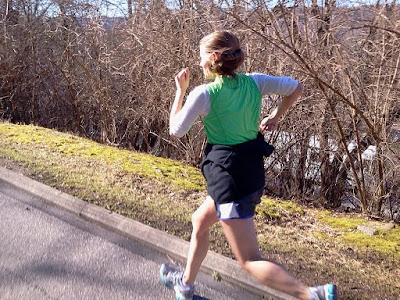 The course and the clubhouse are lovely: 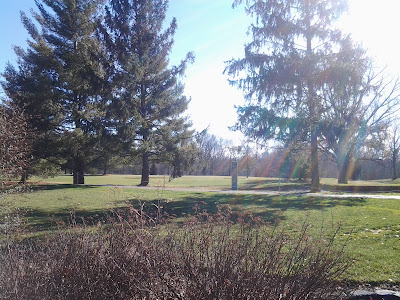 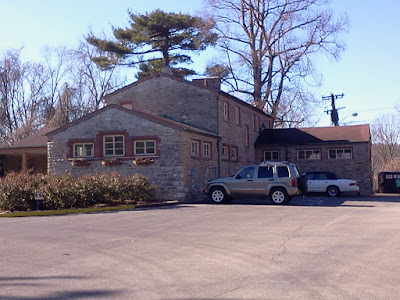 But the real sight to see is the Cincinnati Water Works reservoir, which looks like Lake Tahoe under the bright blue sky: 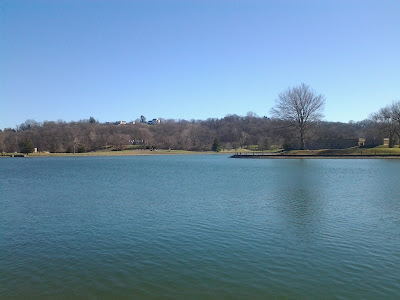 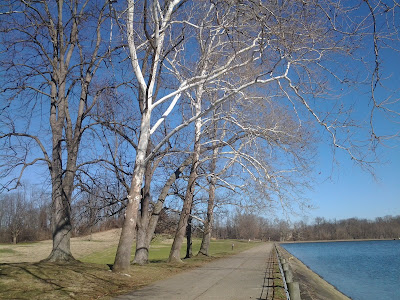 I had Donnie pose like he was on the boardwalk: 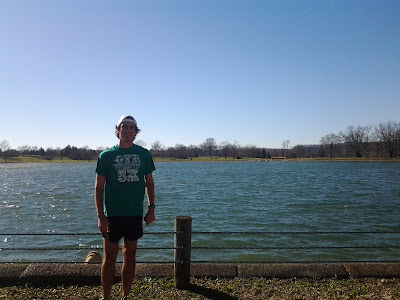 Because that’s what you do in California.